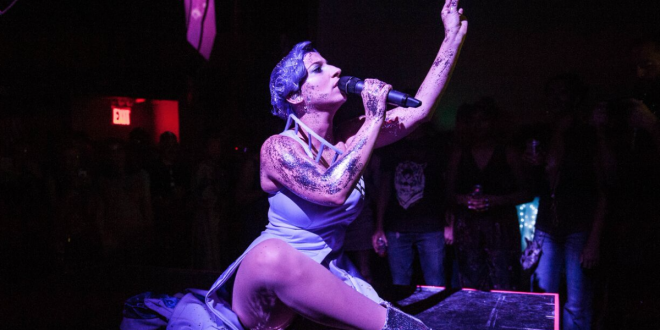 Last November, NYC’s “technicolored synthpop powerhouse” (Nylon) Ariana and the Rose sold out Brooklyn’s House of Yes (2 Wyckoff Ave) with her immersive live music party light + space. This spring, Ariana and her galactic performance crew are back in Brooklyn for a three-event residency at the celebrated Bushwick-based creative space taking place April 26, May 24 and June 14 (the last of which will be a special Pride celebration).

Spotlighted by Time Out NY, New York Magazine, Brooklyn Paper, and more, last year’s light + space was an avant-garde, cosmic celebration where audience members came dressed in their “celestial finest” and embraced a harmonious, unpredictable and otherworldly energy reminiscent of Studio 54 and the club culture of the 80s and 90s. Photos and footage here.

Titled light + space “The Trilogy”, each part of the upcoming series will feature special variations of the show for every monthly installment. The events will have the staples from last year’s party such as, interactive characters, a glitter bar to get attendees “cosmic-ready,” a VR experience, five hours of non-stop DJ-accompanied dancing, and a performance by Ariana and the Rose herself. Special guests, components, and DJs to be announced shortly.

“Each show will be unique and take the audience to different places in our galactic universe,” says Ariana about the upcoming residency. “I want our audience to have a home to come to once a month to step out of their hectic worlds and lose themselves in ours.”

Of the residency, Anya Sapozhnikova, Co-founder of House of Yes says: “Our space is built and curated to be versatile and eclectic. we host every genre of acts here, yet I’ve never seen an act fit here so perfectly. From the way the show is staged spacially, to the crowd they bring, and her general ability to really take people to a different world or dimension… People I’ve never seen here before and our regulars alike had an “I cant believe this is happening” look on their face. Real magic happens when something polished and produced also feels real and intimate at the same time. Ariana does this incredibly well.”

Ariana and the Rose has been called “a walking piece of art, poised yet whimsical” by LadyGunn and has received additional praise from the likes of Billboard, Complex, Vice Noisey, Vogue and more for last year’s Retrograde EP.

You can listen to the Retrograde EP in full here via Billboard and there will be more music coming soon. 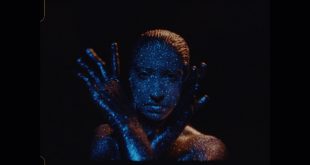 Interview: Ariana and the Rose “Every time we do something we have to give everyone an experience and we keep topping ourselves.” 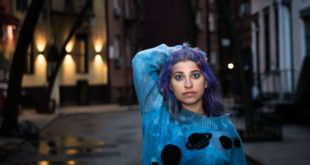 Interview: Ariana and the Rose 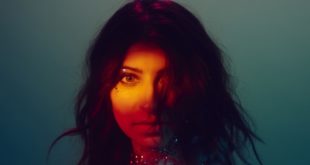 New Video: Ariana and the Rose: “Love you Lately