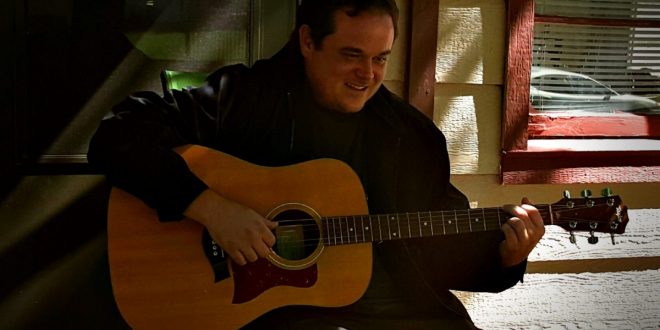 JJ McGuigan caught the attention of radio programmers and music journalists with “Letter,” the
debut single from his EP, Dissociative. “Letter” received both critical praise and airplay chart
success, reaching the New Music Weekly country chart Top 80 and the SortHits.com Christian Song
chart Top 10. The song also earned McGuigan an Akademia Award for Best Alternative Song in
January 2017. Indie-Spoonful.com said, “The lyrics to this song (“Letter), and every song on the EP,
are dripping with insight. This song is like a prayer and McGuigan sounds like an angel.”

Now, McGuigan returns with a new single and lyric video for “Home,” the opening track on
Dissociative. Like “Letter,” “Home” was written by McGuigan and features lead vocals by Garrett
Crow. Former Strike Magazine editor and Guardian Liberty Voice writer, Brett David Stewart says
about “Home:” “There’s an ethereal quality to the writing that is particularly lovely; it feels honest and
true.” Jamsphere Magazine raves: “Not many other singer-songwriters out there put more soul, grit,
and heart into their music than McGuigan.”

Dissociative is available for download at all major online music retailers.

ABOUT JJ MCGUIGAN: JJ McGuigan is a VH1 Save The Music Songwriting Contest Finalist,
award-winning singer-songwriter, guitarist, and mental health advocate. A drummer since age 13,
McGuigan later picked up the guitar and began writing songs at age 20. He attended Newman
University and renowned recording school, Full Sail University. Songwriting has now become JJ’s
main focus and passion, with an emphasis on lyrical creation. McGuigan has appeared on countless
radio shows and his music has been heard on hundreds of stations around the world. After a brief
stint in Austin, Texas, he has returned to his hometown of Wichita. He is currently working on a
follow up EP for 2017 release. For more information on JJ McGuigan, please visit
www.jjmcguiganmusic.com.
http://www.facebook.com/jjshredder15
Tweets by jjmcguiganmusic

Stephen Vicino is the founder of MusicExistence.com. He created this site to give talented musicians a voice and a way to be discovered.
@@svicino
Previous Gallery & Review: Myles Kennedy at Thekla in Bristol, UK 24/3/2018
Next 5 Things I Wish Someone Told Me When I First Became A Recording Artist