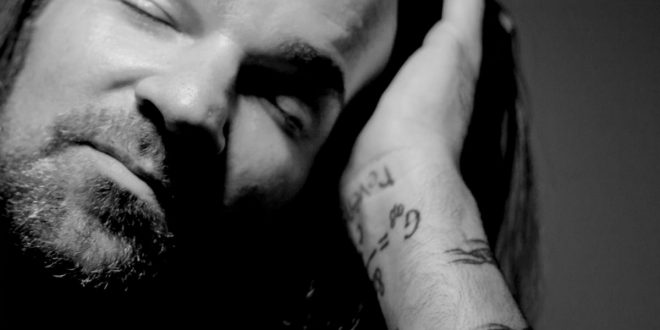 With 20 years of cult classic fervor under their belt and headed by the keyboardist of one of most influential emo-pop bands of the 90s, Reggie and the Full Effect could have easily played it safe. The solo project of James Dewees of The Get Up Kids, Reggie and the Full Effect have enjoyed two decades of intensely positive fan reception for their emo, and at times unabashedly silly, discography. The band’s latest release, 41 (complete with a stylized cover parodying Adele’s album 21), is an impressive evolution to Reggie’s well-established mix of high-energy brooding. They’re the same angsty emo boys we all know and love, but now they’re angsty and paying taxes.

Released with Pure Noise Records, 41 is the band’s seventh studio album, and one of the most impressive yet. Dewees’s over-enunciated, unmistakably emo pronunciation anchors the album firmly in Reggie’s well-established genre, taking full advantage of the several decades experience. Songs fluctuate between classically alt-rock compositions like explosive “Karate School” and distinctly synth-driven “Alone Again“, highlighting the band’s impressive ability to stay versatile while retaining their recognizable style. Highlights of 41 include “The Horrible Year” and “Broke Down“, songs driven by authentic emotion and compelling melodies, keeping emo interesting.

Characteristic to Reggie and the Full Effect is their tendency toward the ridiculous. Their 2013 release of No Country for Old Musicians featured 17 songs like “Super Croc vs Mega Doosh“, “Gimme Back My Leg“, and “To The Fruit Wizards of Donnington“. 41 deftly and strategically adorns itself with this frivolity, knowing just when to sprinkle it into a track listing that deals with intense emotional realities. Directly following “Maggie“, a surprisingly vulnerable song touching on issues of mental health and abuse, is the synth-pop instrumental “Channing Tatum Space Rollerblading Montage Music“, a testament to Reggie’s absurdity, even in the face of pain. The album even features a fictional Finnish band performing a trap song. So with 41, Reggie and the Full Effect show us just how their sound has matured, without ever really growing up.

Check out 41 on iTunes, Spotify, and on the band’s site.

Reggie and the Full Effect are currently on a US tour supported by Senses Fail, Have Mercy, and Household. Tickets and more information can be found here.

Stay connected with Reggie and the Full Effect:

I write about music and live shows and other fun things. Strong feelings about pugs, Halloween, and burritos. Currently zooming around northern California, with frequent stops in LA.
@missdanajacobs
Previous Foreigner Announces First Ever Orchestral Album and Companion Tour
Next SHINEDOWN Announce Select Dates on Co-Headlining Summer Tour with Godsmack