Home / Headline News / Tall Heights Unleash New Single, “Not Like It Was” 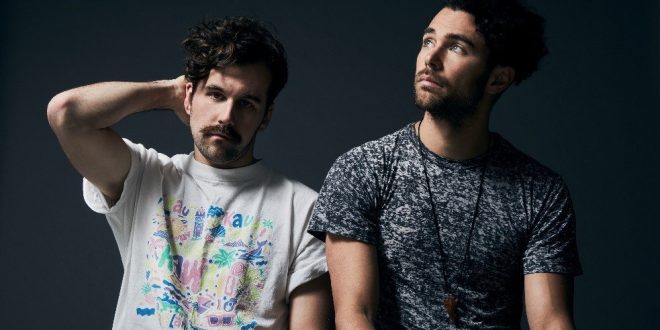 Tall Heights Unleash New Single, “Not Like It Was”

Today, electrofolk band, Tall Heights have released their 2nd single of the year, “Not Like It Was.” Just weeks into their massive 40-date US Winter/Spring tour with Nashville-based alternative band, Judah & the Lion and Indie-rock band, Colony House, 2018 is shaping up to be a big year for the breakthrough act.

Of the new track, the band says, “I think speaking fondly of the past is a coping mechanism for dealing with the present. I’m not just talking about people in red hats sporting a certain campaign slogan. We all do it: squint fearfully ahead, and then gaze longingly over our shoulder.”

Tall Heights has amassed over 100 million global streams to date and after such achievements as opening for The Chainsmokers at SXSW, a national tour with Ben Folds, and an impromptu acapella performance with Josh Groban, the band has no plans to slow down. Catch Tall Heights on the rest of their support tour through April, with stops left in Seattle, Portland, Nashville, Brooklyn and more (Full list of dates below).

Listen to the latest single from Tall Heights, “Not Like It Was” HERE

Previous James Bay Debuts Music Video for “Wild Love”
Next Gallery: Of Mice & Men at The Gramercy Theatre in NYC 02/17/2018