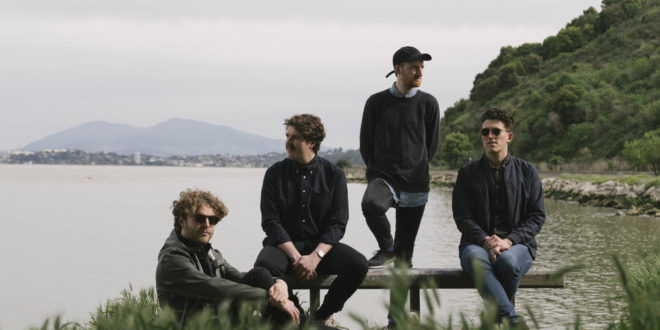 Dublin four-piece Cloud Castle Lake bring their unique blend of ethereal indie folk and vibrant post-rock to Los Angeles at the Hotel Cafe on January 29th, the start of a five-city US headlining tour. Set to release a debut full-length album produced by Rob Kirwan in spring 2018, the band has been generating much anticipation and critical buzz since its release of the EP Dandelion in 2014. Racking up praise from critics the likes of Pitchfork (“pioneering spirit), Stereogum (“one of the best”), and NME (“future trail-blazers), Cloud Castle Lake is one you won’t want to miss.

The band recently premiered the video for single “Twins” a dreamy single that wraps equal parts angelic vocals and rousing crescendos for an experience that is distinctly intoxicating. A collaboration with Irish filmmaker Kenny Leigh, the video marries atmospheric shots and quietly intense imagery, a fitting summary of the band’s beautifully compelling sound.

Tickets and more information about the upcoming tour can be found at the band’s website.

I write about music and live shows and other fun things. Strong feelings about pugs, Halloween, and burritos. Currently zooming around northern California, with frequent stops in LA.
@missdanajacobs
Previous Gallery: Hollywood Undead at Manchester Academy 25.01.2018
Next Album review: Little Coyote – The Trouble With Teeth