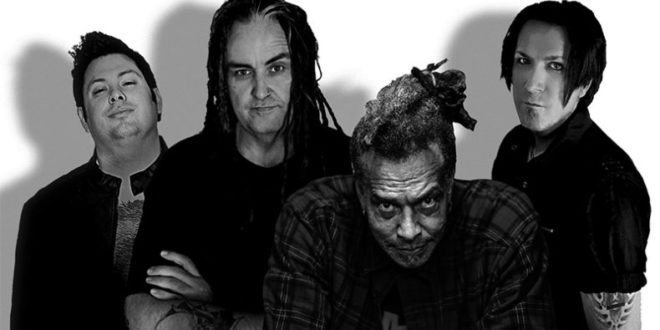 Primitive Race has released the lyric video for their “Cranial Matter,” off of their November 3rd released Soul Pretender LP, to celebrate the album’s dubut on NACC Top 200 and #27 Weighted / #22 Unweighted College Radio Charts. The band is also donating 100% of 2018 album sales to MusiCares to benefit substance abuse treatments for artists battling addiction in honor of late front-man Chuck Mosley, who passed away a mere 6 days following the album’s release.

“‘Cranial Matter’ is probably my favorite song on the album because it was a classic example of Chuck doing what he did best; it was punk rock that ear worms the listener to singing along without knowing the words.” – Chris Kniker