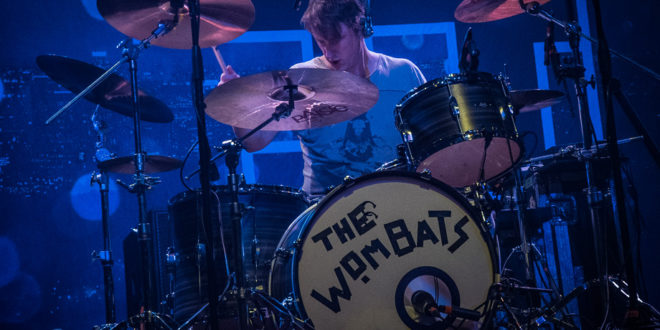 Liverpool indie-rock trio The Wombats have announced that they will release their fourth studio album, “Beautiful People Will Ruin Your Life,” on February 9, 2018 via Kobalt Music Recordings. The album’s first track, “Lemon To A Knife Fight,” is streaming now and was featured today as “Hottest Record in the World” on Annie Mac’s BBC Radio 1 show.

“Beautiful People Will Ruin Your Life” is available for pre-order now, customers will receive “Lemon To A Knife Fight” as an instant download.

In support of the forthcoming album, the band will embark on an extensive North American tour with stops in Boston, New York, Los Angeles and more – full tour routing is below and tickets can be purchased HERE. The Wombats will also be joining Weezer and The Pixies on their summer 2018 co-headline tour.

“I wanted to make an album that had more swagger, was a bit more laid back, something that wasn’t punching you in the face every time you listen to it,” frontman Matthew Murphy said of the new music. “On every level, musically and interpersonally, we’re much closer.”

“Beautiful People Will Ruin Your Life” follows The Wombats’ 2015 LP Glitterbug, which garnered critical acclaim and debuted in the Top 5 on the UK Album chart and Billboard 100. Single “Give Me A Try” reached Top 20 at Alternative Radio, spent four weeks in a row at #1 on Alt Nation and, along with single “Greek Tragedy,” has over 70 million combined Spotify streams. The band brought the singles – and their unforgettable live energy – to performances on CBS This Morning, Late Night With Seth Meyers and more. The band’s magnetic live shows led a fully sold-out North American tour, as well as unmissable festival performances at Austin City Limits, Outside Lands, Firefly, Reading and Leeds and more.

Building off of Glitterbug’s exploration of the mythology of Los Angeles and Murph’s budding long-distance relationship,“Beautiful People Will Ruin Your Life” finds the singer newly married and relocated to LA.

“The last album was about me meeting someone and my life going upside down in Los Angeles, partying too hard and getting myself in trouble,” Murph explains. “This album is about me battling against that, trying to live an adult life. And failing.”

“Beautiful People Will Ruin Your Life” captures The Wombats’ unique pairing of irrepressible hooks and tragi-comic lyricism with a newfound maturity and moving emotional depth, rocketing from psychedelic euphoria to dark dysfunction to create a record that’s still instantly sing-along but demands to be taken seriously. 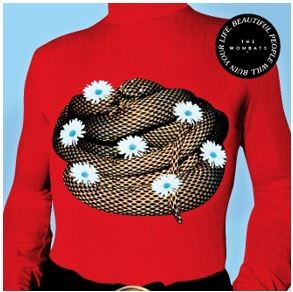