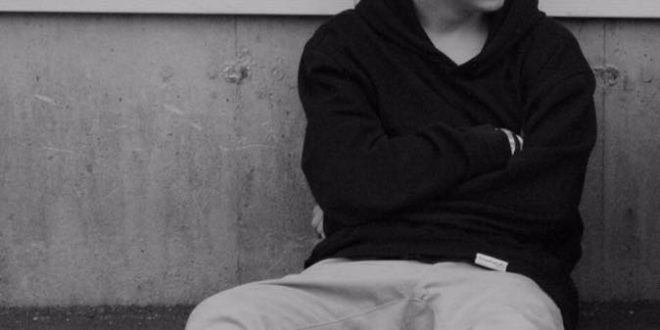 “The Hip Hop genre as a whole is one that (especially in recent years with increased accessibility to self-record) can often feel uninspired and frustratingly tired due to the lack of variation, ambition, and innovation applied within the songwriting and production stage. It seems that every week we are introduced to the same regurgitated beat with the same lazy mumble-rap verses and auto-tune saturated hooks—- only to fizzle out into forgetfulness. Boston-based rapper Hero’s newest Mixtape “Roxbury” lands a devastating blow to this terrible trend, and in the aftermath, sets an incredible new standard for all new coming Hip Hip-inspired artists. It is an extremely rare occurrence that we are introduced to an independent artist that absolutely blows our minds; Hero has done just this. Too often, rappers feel the need to push a familiar facade (which at this point, has become a parody of itself), or they mistake humbleness for weakness. Hero does neither, he has embraced his own personal identity and has made no apologies for it. One of Hero’s most distinguishing qualities as a rapper is his ability to spit venom that has the impact much like that of a celebrated slam poet. Each thoughtful lyrical phrasing and clever word jumbling carries a hidden punch and remarkable depth that is not often found in newer Rap releases. While other notorious rappers are tasked with focusing the listener by removing all musical distraction with pure spoken word records to show off their genius; Hero is able to effortlessly blend sophistication and flow with masterfully crafted sonic soundscapes. Add some infectious beats and brilliant song sequencing and structuring to the mix, and you have an irresistible fusion of catchy music oozing with substance. “Roxbury” is one of those increasingly rare transcendent Mixtapes that doesn’t abide by the typical genre limitations and standards. Regardless of your specific musical tastes, regardless of any bias or animosity that you may have against the Hip-Hop or Rap genres; the sheer uniqueness and thoughtfulness of Hero’s newest Mixtape will inspire and ignite applause. A MUST LISTEN”

Stephen Vicino is the founder of MusicExistence.com. He created this site to give talented musicians a voice and a way to be discovered.
@@svicino
Previous SuriLee announces the release of “Wild Lily”
Next Lizzy Farrall Debuts Video for New Song “Better With” from Upcoming EP