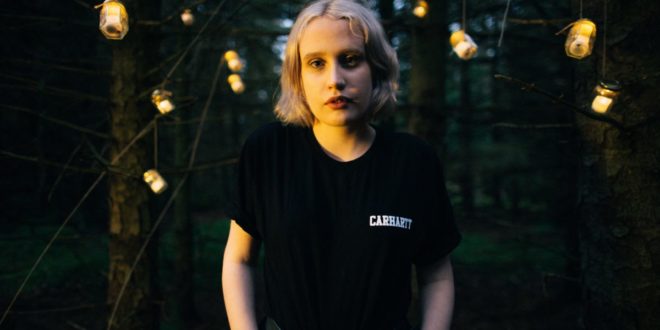 UK born singer-songwriter Lizzy Farrall has announced her debut EP All I Said Was Never Heard which will be released on the January 5, 2018 via Pure Noise Records. She has today premiered new video for the song “Better With” which is taken from the EP.

The EP which is lyrically about situations she went through in her teenage years & forms a diary of that time will be out 5th January 2018.

Speaking on “Better With” and new the EP All I Said Was Never Heard, Lizzy Farrall says “The lyrics are about finding someone who completely takes you out of a rut you’ve been stuck in, but also you have a fear that the feelings you have are not mutual due to similar situations in past relationships which have left you with lack of trust.”

She continues, “for the music video I wanted it to have a very teenage angst vibe which reflects the lyrics. Henry Cox (of Boston Manor) who filmed and produced it came up with the idea to have the storyline in reverse which gives the video a really cool twist.”

As well as announcing her new EP, Lizzy Farrall will also be supporting Seaway on tour in the U.K. this coming January.

All I Said Was Never Heard Album Art:

All I Said Was Never Heard Tracklisting: