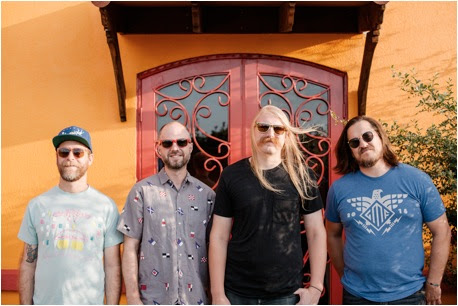 Dallas, Texas quartet Oil Boom are marking their territory with their recently premiered single “Earful” via Culture Collide. The song is a ball of spunky and eccentric fury, falling into a combination of retro-rock and melodic funk. “Earful” is the first single off their upcoming LP Terribility, and the new album is set to drop October 20th via Dreamy Life Records.

Oil Boom is guitarist/vocalist Ryan Taylor, bassist Steve Steward, drummer Dugan Connors, and guitarist Zach Edwards. Together the band has accomplished opening up for The Toadies, NPR rotation with previous lead single “The Great American Shakedown,” and has appeared on several film soundtracks, such as The Vampire Diaries and If I Stay. Oil Boom is ready to melt some faces off at their CD Release party October 13th in Dallas, TX. Tickets can be purchased through the famous Granada Theater here.

Kitchen Designer by day, Concert Photographer/Writer by night. 24. Arkansas.
@tsheaphoto
Previous Gallery: Korn at The Pageant in St. Louis, MO on 9.30.17
Next Photos: REAL FRIENDS at Self Help Fest in Orlando, FL 9/30/2017