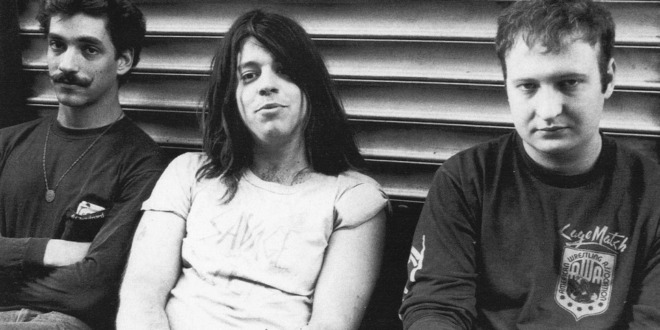 The alternative music community is saying goodbye to a true forerunner of the genre in the widest sense. Today, Grantzberg Vernon Hart, better known as simply Grant, lost his life to problematic health amid a fruitful music career. The cause of death was reported as cancer, with which Hart had been coping for years, according to his publicist, Ken Weinstein.

In 1979, as hardcore punk began earning traction, Hart, along with singer-guitarist Bob Mould and bassist Greg Norton, debuted as Hüsker Dü in Saint Paul, Minnesota. The trio would soon gain a solid reputation into the coming decade for their balance of dirge, forthright lyrics, and complementary melodic sensibilities. Such an aesthetic aptly branded the ‘post-hardcore’ sound, which was featured through their impressive output of six albums in a handful of years.

Of those albums, Zen Arcade proved the band’s definitive effort. A double album released in the summer of 1984, it was praised by the New York Times as “arguably the best record to emerge from the hardcore scene.” With Hart and Mould as the band’s songwriting foundation, the album was financed for a mere 3200 dollars and recorded in totality within less than four days. Even with its expedited process, its content sounds far from haphazard. Each song is layered with nuances that, at times, are of stark contrast to hardcore punk. While the album’s rough-hewn, Mould-penned “Something I Learned Today” is a resonating introduction for more traditionalist crowds, Hart’s contributions seem to provide a link in accentuating the band’s distinction. The acoustic “Never Talking To You Again” is clearly pop-driven, with his melodically steady and coherent vocal tonality expanding the scope for what punk emotion can represent. Similarly, Hart’s “What’s Going On” and “Standing By the Sea” off side two, as well as side three’s “Pink Turns To Blue” and the final side’s “Turn on the News,” were essential in shaping the chordal tendencies of 90s indie rock, further enforcing Hart’s influence.

Post Hüsker Dü, Hart’s solo career also proved noteworthy, starting with 1989’s Intolerance, with three more albums released in the following decades. With each album, Hart’s creative palate would remain experimental, similar to his formative years, incorporating elements such as new wave, synthpop, and lo-fi. His final album was 2013’s The Argument, which served as the soundtrack for Hart’s personal documentary, Every Everything: The Music, Life, and Times of Grant Hart. Directed by Gorman Bechard, it chronicles Hart’s life in a firsthand perspective, from birth up until the recording of The Argument. Even to this day, the critically acclaimed documentary continues to encapsulate the legacy of a pioneering and seminal band, but a crucial musician who will shine on in much the same way.

I come from a family who is passionate about all things music. I learned to sing at an early age, and by 13, had my very own Fender Strat guitar. I tried my hardest at learning all that I could. Because I was born with cerebral palsy, I had to teach myself an adaptive playing style. I learned to write and record my own music, despite these difficulties. In college, I started making great use of my writing abilities by reviewing music, as well as copy editing. I guess it's best to stick with what you know, while welcoming a fair challenge at the same time.
Previous Album Review: Nothing More – The Stories We Tell Ourselves
Next Gallery: Weezer at LouFest Music Festival in St. Louis, MO on 9.10.17