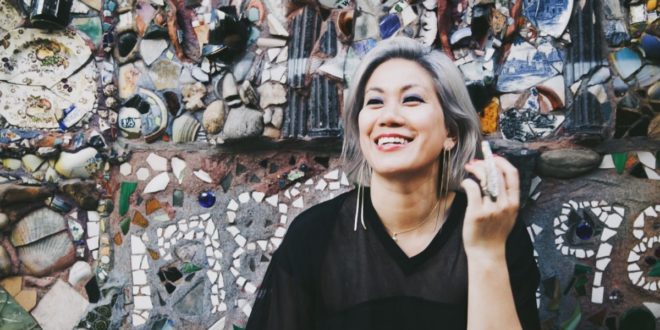 Janet Kim is a singer-songwriter originally from Westchester, New York, now residing in downtown Manhattan. “Blue” is her debut single. Inspired particularly by the band HAIM, Kim built her own sound by mixing pop-rock production with her own violin melodies. With storytelling lyrics not unlike those of popstar Taylor Swift, Kim is a combination of the classical and the mainstream, combining sounds from mainstream pop with classical violin, bringing a different voice into the pop/indiepop scene. She plans on releasing another single and her first EP later this year.

Kim first discovered her passion for music when she picked up the violin at age 7. Her love for the violin melodies from the classical compositions she studied throughout her childhood has especially influenced her own sound and defines her music within the pop music scene today. Previously also part of an acoustic-folk duo, ponies will bite you!, Kim’s solo sound, although pop, stands as an eclectic combination of her own background and experience, a mix of her folk, rock and classical influences. Kim has played famed NYC venues such as Bowery Ballroom and Rockwood Music Hall.

Keep up with Janet Kim online:

Fun Loving Music Photographer and lover of live music in general. I am most likely to be spotted with a coffee in one hand and a camera in the other, somewhere in Philadelphia, New York City and everywhere in between. For more of my music photos: http://myphotos.bellemorephotography.com/
@bellemorephoto
Previous Queer-Pop/Rock Band ECHO BLACK Premieres “DAWN”
Next Circa Survive Premiere New Song & Video “The Amulet”