Home / News / CKY to Support HIM on Farewell Tour 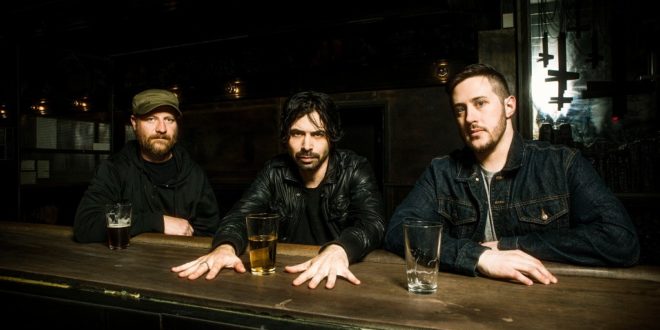 CKY to Support HIM on Farewell Tour

CKY (Chad I Ginsburg, Jess Margera and Matt Deis) have announced their participation as main support for HIM on their Farewell Tour this fall. The band just wrapped up dates on the 2017 Vans Warped Tour, their first time on the tour since  2010.

Last month CKY released the music video for “Replaceable” exclusively via LOUDWIRE. Directed by Produced/Directed by JOFFco, this is the second music video we’ve seen from their all new LP The Phoenix.

The band initially released the “Replaceable” single earlier this summer exclusively via SIRIUSXM’s OCTANE channel, “Head For A Breakdown“ via CONSEQUENCE OF SOUND and “Days Of Self Destruction” (Feat. Brent Hinds) before that. All can be streamed below.

CKY released The Phoenix on June 16, 2017 via eOne Music. The all new LP is the first release since the band put out Carver City in 2009. The album was engineered and mixed at Rancho De La Luna, the highly regarded recording studio in Joshua Tree, CA.