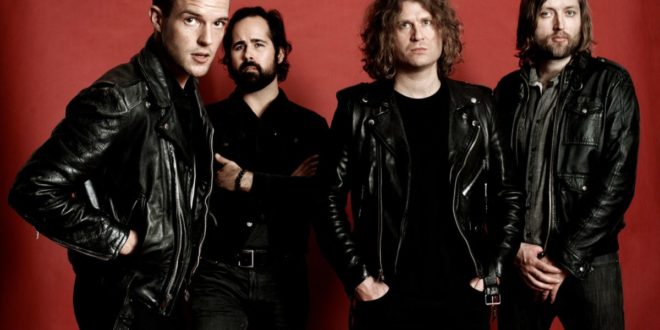 The Killers, arguably one of the most influential acts of the 21st century, have finally given their fans what they’ve been waiting for. The Las Vegas rockers have announced details for their 5th studio album Wonderful Wonderful – their first album of new material since 2012’s Battle Born.

Wonderful Wonderful was recorded with legendary producer Jacknife Lee who has worked alongside names such as The Cars, U2, and Green Day. The album will consist of 10 tracks, plus 3 additional bonus tracks available via deluxe addition release. The album is due for release on September 22nd, 2017.

In addition to the previously released single “The Man” The Killers have also release the album’s second single titled “Run For Cover” which you can hear right here:

Pre-orders for Wonderful Wonderful are available now, and each order includes instant downloads of both “The Man” and “Run For Cover”

Additionally, the Killers have also revealed the first dates of their 2018 North American Tour:

Tickets for these dates will go onsale August 11th, and for a limited time a copy of Wonderful Wonderful will be included with each ticket purchase.