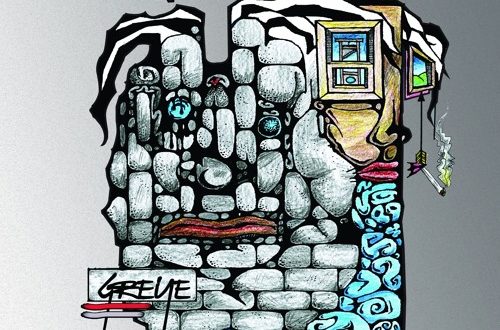 Daytona Beach, Florida based Progressive Americana Rockers GREYE have released their newest project Windows and will be hitting the road in July and August to support the release.

The follow up to their previous album The Worrier, GREYE’s relentless work ethic, undying passion and unmatched chemistry shine bright on Windows as the group displays their evolution as musicians and songwriters.

GREYE is made up of vocalist Hannah Summer, guitarist Jett Wolfe, bassist Joshua Reid, and drummer Ray Grimard. Since their inception in 2012, they have rocked crowds both locally and nationwide. They released their first album, ìProvidence,î in 2014, and since then have gone on to release two more full-length LPís, ìThe Tubeî in 2015 and ìThe Worrierî in 2016. With influences like John Butler Trio, YES, Kansas, Red Hot Chili Peppers, and even video games, there is something in their ever-growing discography for everyone to enjoy, no matter your musical preference.

GREYE will be hitting the road on July 15th for a tour of the Eastern United States in support of Windows. Information and dates can be found at http://www.greyemusic.com

Stephen Vicino is the founder of MusicExistence.com. He created this site to give talented musicians a voice and a way to be discovered.
@@svicino
Previous Gallery: PVRIS at Jones Beach Theater, NY – 07.22.17
Next Rainy Weather