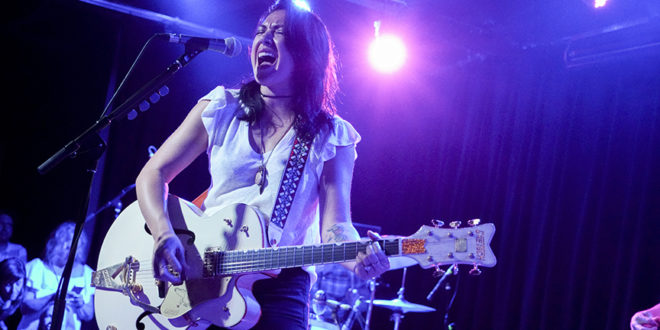 Michelle Branch came into Salt Lake City’s Urban Lounge on a hot summer night with The Hopeless Romantic Tour. The crowd was packed in the small, hot venue waiting for Michelle to perform. The Haerts started things off and got the crowd all ready for Michelle. Once Michelle and the band hit the stage they started off with a new song “Best You Ever” from her recently released album Hopeless Romantic. After giving the crowd a taste of her new song she took it back to the early 2000’s and played a couple hits “Breathe” and “You Get Me” which really got the crowd going and singing along. Michelle continued to play a mixture of songs from all her albums and the crowd was right with her with their cell phones out. Michelle and the band came out in full force and put on a fantastic show. Michelle ended the night with a solo of the song “Everywhere.”

Previous Gallery: Santana at The Fabulous Fox Theatre in St. Louis, MO on 7.12.17
Next Show review: G-Dragon at The Forum in Inglewood, CA on June 16