Hailing from Scranton, Pennsylvania, Black Tie Stereo has captivated audiences throughout the Mid-Atlantic region and beyond. The band is comprised of singer/keyboardist Stephen Murphy, guitarist Jesse Morvan, bassist Aaron Kovalich, and drummer George Pachucy, four high school friends with eclectic tastes and a common love of creating intricate yet accessible music. With a six-song EP and two singles released since their formation (and with a just completed, brand-new EP on the way this summer), the group has already made a huge jump into the original pop/rock music scene.

In 2016 and 2017 Black Tie Stereo has had the honor of opening for these major acts: Panic! At The Disco, Weezer, Andrew McMahon in the Wilderness, MIlky Chance, AWOLNATION, K. Flay, and Lewis Del Mar.

This young and energetic group draw influences from every genre of music and can appeal to any crowd. Driven by their powerful sound and high-energy performances, Black Tie Stereo has proven they are ready to take the entire industry by storm.

Stephen Vicino is the founder of MusicExistence.com. He created this site to give talented musicians a voice and a way to be discovered.
@@svicino
Previous SEVEN SEAS Prod. By ChetaMeister
Next Album Review: Doyle – As We Die 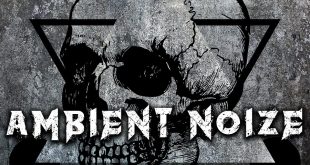