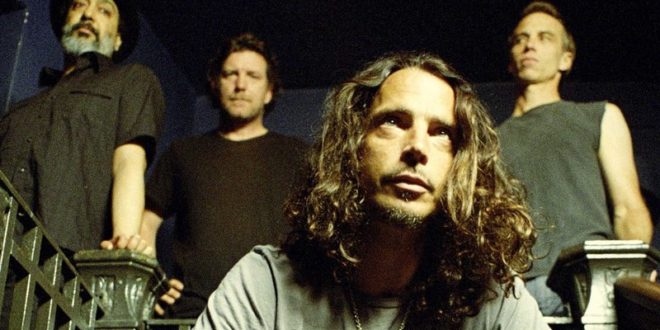 On Wednesday night, Chris Cornell played alongside his seminal band Soundgarden in Detroit, Michigan’s Fox Theatre as part of a month-long tour. Cornell’s live ethos were recapitulated in a text message to CNN by Bill Lowe of Port Clinton, Ohio: “Full set with an encore. Nothing Odd. Outstanding Perfomance.” Little did anyone know, that performance would be his last.

As of this afternoon, Cornell’s death has been deemed a suicide by hanging, according to the Wayne County Medical Examiner’s Office. Brian Bumbery, Cornell’s publicist, stated that the musician’s wife, Vicky, and family were “…shocked to learn of his sudden and unexpected death. He adds, “They would like to thank his fans for their continuous love and loyalty and ask that their privacy be respected at this time.” Indeed, ‘sudden and unexpected’ are two apt descriptors that are shared not only by immediate connections, but by fans around the world—and with undeniable reason.

From teen to young adulthood, Cornell pioneered what was initially considered the ‘Seattle Sound’, a term denoting the burgeoning alternate rock ilk rooted in early 80s Seattle, Washington. Forming Soundgarden in 1984, Cornell and company honed an interestingly harmonious spectrum of influences—intricate, fuzz-tinged textures of metal with disheveled aesthetics of punk. That sound would be later rechristened “grunge,” which spread first across the Pacific Northwest, and then at an eventually international level by the tail of the early 90s. It was at that time that Soundgarden, despite being the first of its kind on a major label with rising status, would truly break through. Their fourth and representative album, 1994’s Superunknown, propelled them to stardom, ten years from their formation. A breakup would ensue after 1996’s Down on the Upside, but the tenacity to reform in 2010 proved otherwise. King Animal, released two years later, would be their sixth and final album to date.

In addition to Soundgarden, Cornell had achieved considerable success in the millennium and beyond, both as a solo artist and while fronting the supergroup Audioslave. The latter endeavor became the first US rock band to perform an open-air concert. They kept to a wholly bare-bones rock sound amidst the era’s polished mainstream, and even reunited ten years after their allegedly permanent disbandment. Perhaps an even bigger testament, though temporary, was his revamping of the Temple of the Dog tribute project. But more subtle evidence of Cornell’s tenacity could be found in his vocals. Through it all, his technique and implementation of dynamics had undergone various permutations from years of excess, yet they managed to retain their signature Zeppelin wail. Just like what was insinuated by Lowe’s text to CNN, Cornell’s charisma was indeed nothing odd, and he will continue to receive that aforementioned encore, now in spirit, for years to come.

I come from a family who is passionate about all things music. I learned to sing at an early age, and by 13, had my very own Fender Strat guitar. I tried my hardest at learning all that I could. Because I was born with cerebral palsy, I had to teach myself an adaptive playing style. I learned to write and record my own music, despite these difficulties. In college, I started making great use of my writing abilities by reviewing music, as well as copy editing. I guess it's best to stick with what you know, while welcoming a fair challenge at the same time.
Previous Interview: In My Disguise
Next Gallery: Alter Bridge at Pointfest in St. Louis, MO on 5.13.17