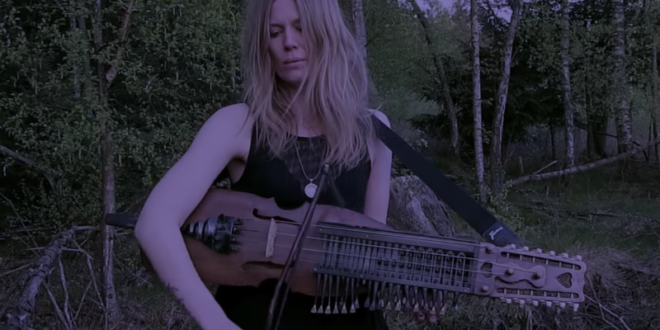 Danish composer and classically trained multi-instrumentalist, MYRKUR unveils her forthcoming album title Mareridt, out this fall on Relapse. It is the follow up to her masterful debut M, released back in 2015 to overwhelming critical acclaim. Mareridt was produced between Seattle and Copenhagen by Randall Dunn who is known for his work with Marissa Nadler, Earth, Sunn O))), Boris, Wolves In The Throne Room and more.

Mareridt includes special guests (to be announced) and an array of special instruments including violin, mandola, folk drums, Kulning (an ancient Scandinavian herding call) and the nyckelharpa (a Swedish key harp).  MYRKUR was recently captured at home in Copenhagen playing Scandinavian Folk on her nyckelharpa which she explains “is almost like a violin with buttons” and that the ancient traditional device as “not easy to get a hold of.” Check out the video here on Facebook (now over 4 million plays) or YouTube and stay tuned for more info on Mareridt.

Previous Interview: Scarlet Sails – “Wow! Your songs sort of remind me of this David Bowie, Queen, T. Rex kind of style, in a way.”
Next Pascoe Reveals ‘Lorelei’ Single