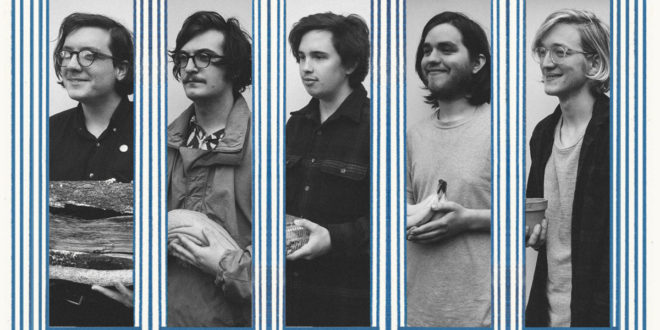 Memphis based band China Gate will release their new EP Good Grief on May 19th, and while it is only four tracks, it gives just enough taste of what the group of capable of and will leave listeners wanting more. Every tune on the record is clean and sharp and does the album justice, but the top three songs according to this reviewer are “Good Grief,” “Covered in Flames,” and “It’s a Wonderful Life.”

The title track “Good Grief” is bouncy and sunny right from the first note. There is no intro here as lead singer Tiger Adams comes barreling right in singing in a high energy fashion that is infectious. It’s definitely pop influenced but leans more towards the alternative side of the music spectrum. There’s a bit of a surf rock sound to be found in the song but there are also strings and piano that play side by side with electric guitar and drums and the result is spectacular. China Gate are masters of writing songs that sound like they could be mainstream hits, but also have a slight retro feel to them. “Good Grief” is smart and layered and what one quickly learns is that the band loves long instrumental solos and this tune certainly delivers on that and gives China Gate that extra something special that will separate them from other bands on the music scene.

“It’s a Wonderful Life” is the best track on the record with a 80s throwback feel at certain moments, almost The Cure-like. It’s not something that is prominent and, the main feel is definitely modern, but at times the retro aspect comes through and makes the track a bit cooler. The percussion is the driving beat of the tune, pumping up listeners, the band once again delivering a fun song to dance to while still being punchy and slightly edgy. It’s emotionally charged and once again long dynamic instrumental solos let one have the time to digest the lyrics such as “I just want to fall apart for you again” and “It always hurts to stay around without you.” The amped up feeling of the song starts right out of the gate and never slows down, a fast paced song at over four minutes that just gets better and better as it goes on. It’s one of the songs that listeners will have on repeat for quite a while.

Another great track is “Covered in Flames,” in which Adam’s voice really shines and we as listeners are allowed to really pay attention to the lyrics of a man who is trying to better himself by learning from his past and his present. Once again the instrumental background is full of different sounds but it never becomes overwhelming or overpowering and that is one of China Gate’s many talents. It’s a positive song even though it deals with some heavy issues which overall is a mood that China Gate knows how to master in a way that comes across as approachable and tight.

All in all Good Grief is a fun ride from start to finish, so be sure to check out the talented musicians behind China Gate when the album comes out

retro music enthusiast. Dreamer. Kind of odd. Writer
@twitter.com/for_no_one1014
Previous Gallery: The Flaming Lips at The Fox Theater in Oakland, California 05/10/2017
Next Gallery: Tom Petty And The Heartbreakers at Scottrade Center in St. Louis, MO on 5.12.17