Home / Photography / Gallery: The Flaming Lips at The Fox Theater in Oakland, California 05/10/2017 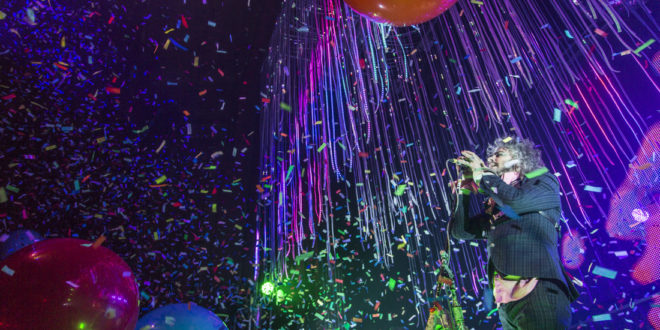 Gallery: The Flaming Lips at The Fox Theater in Oakland, California 05/10/2017

On tour for their latest album, Oczy Mlody, The Flaming Lips stopped in Oakland, CA on May 10, 2017 to show the Bay Area how to have fun with balloons and confetti. Everyone in the theater had a smile on their face from ear to ear the entire time, truly a unique experience. If you haven’t seen The Flaming Lips live, you better get out there and experience a night of music and love. The Flaming Lips‘ North American tour has only five stops left ending June 17th. Afterwards, The Flaming Lips will head over seas from June 23rd through September 10th playing twelve shows during the summer with the majority of them in the United Kingdom. The Flaming Lips will be back in the United States, starting September 17th, and play eight more shows through October 5. Be sure to check them out!