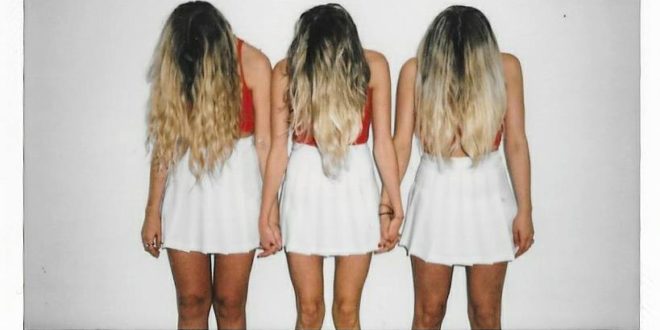 “Hey” was produced by Spring King’s Tarek Musa at Grand Cru Studios, located on a barge in London’s St. Katherine’s Dock. The track captures their love of 90s grunge and punk, whilst wholeheartedly embracing their girl gang mentality and is a statement of things to come from HEY CHARLIE later this year.

As seen in “Hey,” the band’s visual identity represents their strong union, and acts as a wrecking ball towards  the stereotype that you can’t be both feminine and play heavy music.

The initial tremors that led to the formation of HEY CHARLIE, took place in early 2015 when Lizz (guitarist & vocalist) and Sophie (bassist & vocalist) crossed paths whilst studying in London. Their friendship spawned from a mutual love of music, spurring their decision to form a band. Wanting to inspire other girls to also pick up instruments, Lizz and Sophie embarked on an arduous journey for the final piece of the HEY CHARLIE puzzle. After a formidable search for the missing link, the girls finally found drummer Lauren and hitting it off immediately, HEY CHARLIE was born.

Fast gaining a reputation as an unpredictable, cyclonic live force, HEY CHARLIE perked up the ears of Kerrang! who have asked the band to perform at their Fresh Blood night in October featuring some of the most anticipated names in British rock including WSTR and Grumble Bee. Further tour dates will be announced soon.

HEY CHARLIE are a band going against the grain, and you’re invited for the ride.