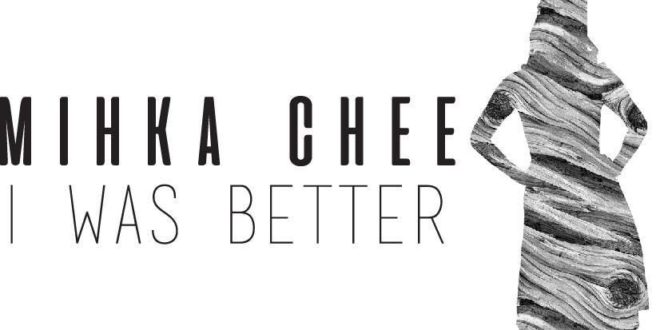 Spending most of her teenage years in band rooms, Mihka attended her first music lesson when she was only a day old, when her mother bundled her along to one of her big sisters violin lessons. Launching her solo project in the late corners of 2015, she has since acquired a strong local following, with love from the fabled Newton Social Club, and with a killer monthly residency in Manly.

Released independently through iTunes, “I Was Better” is packed with gnarly, feminine vibes and confrontational lyrics that’re bound to fit right into your life one way or another. The song is said to embody her sound as a whole; a tropical guitar melody underneath her huskier voice gives the track a stand-alone, almost messy combination of sounds that quickly transition into something fuller with heavier drums and building throughout before slowing into cool riffs and honest vocals that perfectly bring the track to a close.

Mikha is currently working away in a northern beach in Sydney, perfecting her upcoming EP, Both, an indie pop collection that packs a punch. With a little help from producer Ryan Miller (Black Rheno) and Oscar Dawson of Holy Holy mixing the record, “I Was Better” is the first taste of what fans are to expect in 2017.

In addition to a set at Housefox Fest, 22nd April among 16 other local and interstate acts, the ‘I Was Better’ single launch show will be held at The Record Crate, Glebe on 29th April, including a special 60s-themed opening performance from burlesque artist, Rosie Rivette, and live orchestral strings.