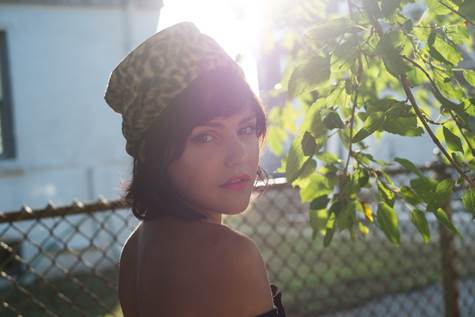 NYC-based singer/songwriter, Fiona Silver, has unveiled the official debut video for her first single “Take Me Down” from her upcoming studio album Little Thunder. The visual has a vintage setting with a modern twist.

Additionally, Fiona will be supporting The Bottom Dollars, whom Miss Silver will be touring the southern United States with this spring including a special performance on the rooftop of the Georgia Theatre. She kicked off the tour this past weekend in Los Angeles. PRESS HERE for ticket information. She will also be performing in her hometown of NYC for two shows in May. A complete list of Fiona Silver’s tour dates are listed below.

Fiona’s evocative artistry encompasses the doe-eyed playfulness of 1960s girl groups, and the haunting beauty of Lady Day-era jazz, along with strains of vintage soul, classic rock, and modern indie rock. It’s a romantic aesthetic of pour-your-heart-out proportions that also harnesses humor, irony, and an alluring naiveté. She has gained praise from NPR’s All Things Considered, Culture Collide, Examiner.com and more.

The sultry vocalist has shared stages with Shakey Graves, Mike Doughty, Breedlove, and Clairy Browne & the Bangin’ Rackettes. Stay tuned for new music from her debut album to be released in the coming weeks!