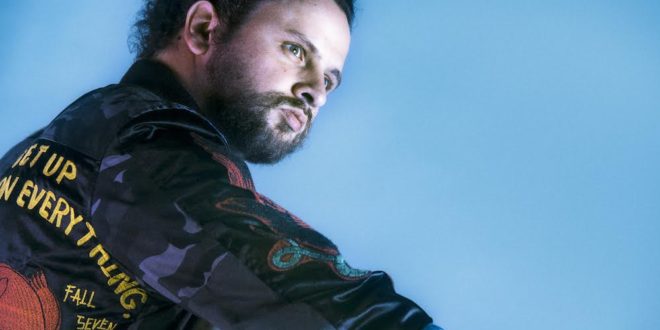 J Motor (Jonathan Vassallo) has ridden a steady wave of commercial success since the multi-platform release of his single, “Jungle Daze.” Following the widespread response from its dance-laden positivity, he has made it top priority to implement that aesthetic onto future material. Vassallo cites the Beatles as his continual influence melodically and lyrically, all the while family, friends, and fans bolster that of his career. “Music has always been a massive part of my family. I’m so blessed to have had that support to push my career overseas,” he says. Having assiduously divided time between music and film projects, the Australian singer-songwriter/producer would occasionally find himself putting in as many as 90 hours a week. “What it comes down to is pushing yourself and picking the best artists to work with.” “It can be difficult working together,” Vassallo admits. “But it’s the passion that drives me.”

To adeptly express the importance of such support—and unity, in a broad sense—Vassallo recently dropped the music video to his follow-up single, “Meet in the Sky.” Taking role as its primary conceptualist, he enlisted the directorial talent of Andrew Morlock, with fleshed-out choreography by Sarah Vyne-Vassallo and Brianna Kell. Shots differentiate between closeups of Jonathan, and wide perspectives of free-spirited aerobic dancers. From the song’s up-tempo piano foundation, the video derives a notion of not feeling entirely alone through one’s lifespan, and keeping a tenacious grasp regardless of circumstance.

I come from a family who is passionate about all things music. I learned to sing at an early age, and by 13, had my very own Fender Strat guitar. I tried my hardest at learning all that I could. Because I was born with cerebral palsy, I had to teach myself an adaptive playing style. I learned to write and record my own music, despite these difficulties. In college, I started making great use of my writing abilities by reviewing music, as well as copy editing. I guess it's best to stick with what you know, while welcoming a fair challenge at the same time.
Previous Against All Odds
Next Ten Cents Short Release Lyric Video For “Beggars”