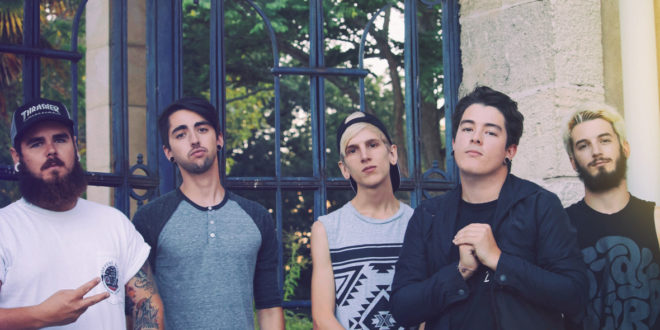 French easycore band Back Garden Light has released their cover of The Jackson 5‘s first number one hit “I Want You Back”. Originally released in 1969 (and written by Motown songwriting team The Corporation), the new, heavier update still maintains the feel good vibes and even throws in some hand claps for good measure.

“This is the first cover we’ve recorded in awhile and we wanted it to be special; something that is iconic, but also not over played,” says vocalist Max Desgarnier. “We ended up choosing ‘I Want You Back’ by the Jackson 5 because of its classic status, it’s instantly recognizable, and it has personally inspiring vocals.“

Keeping with the retro theme, the band chose to film the music video at Claouey Skatepark, the oldest Skatepark in France, constructed some time in the 70’s. It was shot by Van Espen Studio, while the track was produced by the band’s guitarist Matthieu Kirby.

Back Garden Light’s latest EP Life’s A Game is available now on iTunes and Spotify.

Back Garden Light is a pop punk band from Bordeaux, France that formed in November of 2014. Within this short time, the band quickly starting writing dynamic tunes as well as filming their own music videos. The band’s EP was mixed and mastered by Bert and Eric from Chunk, No Captain Chunk to give the pop punk/hardcore polished feel. The band plans on continuing a rigorous touring schedule as well as releasing new music this year.