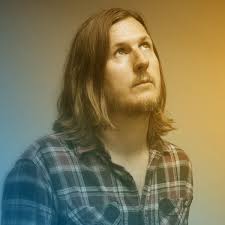 Jeff Caudill’s EP Reset the Sun, out April 21st, is a six song album that is a must buy for anyone who loves acoustic singer/songwriter type of music.

“If I Don’t Come Home Tonight,” which kicks the record, off displays all the strengths that Caudill has as an artist. “If I leave you all alone tonight I’ll be there with you soon,” he croons in a soft and soothing voice. It has a very simple but engaging melody that will keep listeners wanting to hear more. The song also has a bit of a country flair to it which is a nice touch and suits the story of the tune perfectly. It goes from being a track about trying to redeem a relationship to how it all falls apart and the clever lyrics that Caudill delivers is what gives this song its punch. “I think I’m losing you,” he sings at first and then immediately follows that line up with “I’m losing you.” What he thinks suddenly becomes certain and it is a realization that many listeners will be able to find a connection with. The mostly quiet song gets louder during the chorus, but it is on the verses where Caudill really shines. The instrumentation is gentle and matches Caudill’s gentle vocals and the entire package is something that listeners will want to hear to over and over again as it is one of the strongest tracks on the album.

Clocking in at just over five minutes “Around We Go” has an interesting melody and intricate guitar work that when joined together will get stuck in listeners heads. There is a bare bones approach to this song. A man singing from his soul with only his guitar as instrumentation for the first part of the track before percussion kicks in. It is successful because the buildup is slow and gradual and connects, like finding a missing piece of a puzzle. With lyrics like “living on nostalgia for what might have been,” the tune isn’t afraid to go deep but is also packaged within a more mainstream pop/rock frame with an emphasis on Caudill’s singer/songwriter abilities. It is really easy to imagine this song being played on top 40 radio stations and becoming a big hit. The chorus is infectious and even though the track is lengthy it never drags which is a sign that Caudill approaches each tune with control. Every minute counts here and every minute is worth escaping into.

The album closes with the title track “Reset the Sun,” which has a cool intro and visual poetic lyrics that see Caudill pushing himself as a songwriter. “Left behind electric nights,” he sings quietly but with a passion that immediately comes across as something that is very rare in music today. The tune has a common theme about making the most out of life and feeling as though one is not sure what they are doing. But Caudill takes this theme and makes it new with his earnest vocal delivery which adds an achingly beautiful touch. It’s hopeful and wistful at the same time, Caudill playing around with the dynamics of the content of the song and he does so flawlessly. A true ballad, just Caudill’s voice and an acoustic guitar, it comes off as not only the most intimate track on the EP but also the best. Once listening it is easy to see why Caudill named his album after this particular track.

While most of the album is enjoyable there are a few shortcomings. “Tears in my Ears” suffers from not only a poor name but a tempo change that doesn’t suit the tune at all. Elsewhere “Bruised Ribs Broken Heart” is not memorable enough when compared to other songs on the EP.

Still Caudill has masterfully put together a great record here with many more high spots than low, so be sure to check it out when it is released.

retro music enthusiast. Dreamer. Kind of odd. Writer
@twitter.com/for_no_one1014
Previous Gallery: Being as an Ocean at Irving Plaza, NYC 03.23.17
Next Back Garden Light Releases Cover of The Jackson 5’s “I Want You Back”