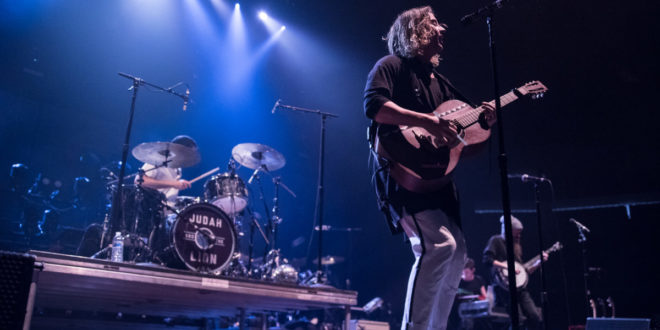 Judah & the Lion is thrilled to announce the expansion of the Going to Mars Headlining Tour into the fall of 2017. The second leg of the tour kicks off on September 8th & 9th with two previously announced headlining shows in the band’s Music City hometown at the Ryman Auditorium.  Spanning most of the Midwest and East Coast, full dates can be found below and tickets are on-sale beginning Friday, March 24.

On March 10th, the band released Folk Hop N Roll Deluxe, which takes the band’s sophomore album Folk Hop N Roll and adds the Going to Mars Collection – 4 brand new singles “Suit And Jacket,” “Going to Mars,” “Green Eyes,” and “Conversations” – plus a special orchestral version of breakout single “Take It All Back.” “Take It All Back” kicked off 2017 with 3 consecutive weeks at #1 on the Alternative chart and is currently climbing at Hot AC (#34 this week).  Last week, Judah & the Lion performed the song on The Late Late Show with James Corden, which you can check out here!

New single “Suit And Jacket” has racked up more than 1.2 million Spotify streams since its release and impacted Alternative Radio the week of March 6th, debuting at #38 first week out. The single, which climbed to at #33 this week, was added to KROQ last week and has found early fans around the country including WRFF (Philadelphia), KBZT (San Diego), WRDA (Atlanta).

The Fall North American run follows the Spring Leg of the Going to Mars Tour, which kicked off last week with a sold-out show in Charlotte, NC.  Earlier this month, the band wrapped up an arena tour supporting Twenty One Pilots on the “EMØTIØNAL RØADSHØW” WORLD TOUR.  They’ll also be joining Kaleo for select dates this spring before heading out for another massive tour this summer supporting Incubus & Jimmy Eat World.

Full tour dates and links to check out Folk Hop N Roll are below! For the most up to date information, please visit judahandthelion.com.