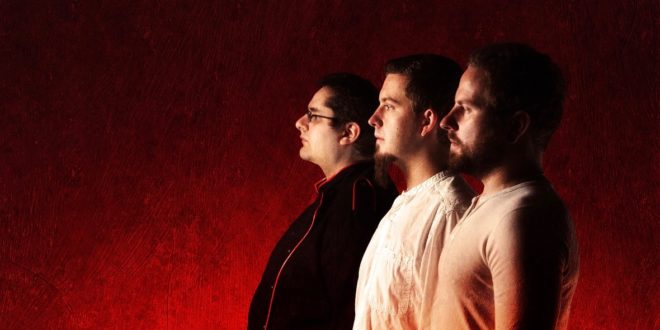 for all the emptiness Announce New EP And Video

The video for the first single “seduced by a disease” can be seen below:

About for all the emptiness

for the all emptiness originally started as an idea by vocalist/composer jonathan kaplan. After viewing Apoptygma Berzerk’s live DVD APBL98 and seeing front man Stephan Groth go into the crowd after a performance and how much their music affected them, it showed how much art can make the world a better place. jonathan took his passion for truth, science, logic, and critical thinking and based their music around those principles.

In 2011 for all the emptiness released their debut album axioms . It was produced by Yone of Decoded Feedback and it served as the foundation for everything to come. axioms was intentionally minimal and themed around being anti-religious, which they felt was a destructive and wasteful force in the world. In 2012 a remix version of axioms was released. It featured remixes by Assemblage 23, Beborn Beton, Decoded Feedback and more. To help promote the release they went on an North America tour with artists Die Sektor, The Gothsicles, and Deviant UK.

Previous Forget My Silence Release Femme Fatale Video for “I See Hell in Your Eyes”
Next Album Review: Persefone – Aathma