Tove Lo’s latest album Lady Wood is filled with variations on the expletive ‘fuck.’ And make no mistake about it, Lo’s music is mostly about fucking, in direct contrast to the more gentile ‘making love.’ Lo’s concert at The Novo featured the singer/songwriter oftentimes touching herself while performing – even reaching her hand down the front of her short shorts a few times. She also touched her upper parts, seeming to tease the audience, like a stripper. Eventually, she lifted her top and flashed the audience. So, after opening with “True Disaster,” and closing with the chemically-inspired “Habits (Stay High),” Lo gave the audience on this rainy L.A. night the sort of ‘let’s stay indoors and get a little nasty’ night they came to see.

Lo was backed by a sparse trio of musicians, which provided the same-y electronic grooves driving her songs. Lo is a good singer, but by no means a vocal powerhouse. She’s more about creating a sexy ambience, rather than presenting a singing showcase. While her concert performancdes properly approximate the recorded versions of her songs, Lo never fully created a sense of community in the room. Even when she performed the stripped down “Imaginary Friend,” accompanying herself on piano, there just seemed to be an impenetrable emotional chasm between performer and audience.

Opener Phoebe Ryan did a much better job of making the audience feel welcome. Dressed in a relatively frumpy dark dress, Ryan made a far greater effort to reach out to her audience. Although her selections followed a similar dance-pop formula, songs like “Mine” and “Ring” were more sincerely romantic lyrically. With her green hair and girlish demeanor, Ryan came off like an enthusiastic girl next door, which betrayed her sometimes adult-ish between song patter.

Both performers this evening can be categorized as electro-pop singers. However, just because singers begin with similar ingredients, doesn’t mean each will achieve the same results. Lo tended to reach for the lowest common denominator, and ended up coming off as, well, cheap. Ryan, on the other hand, took the higher road, which earned her much respect. 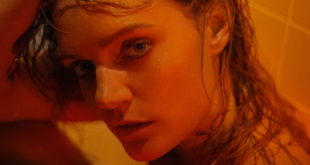 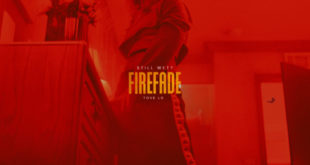