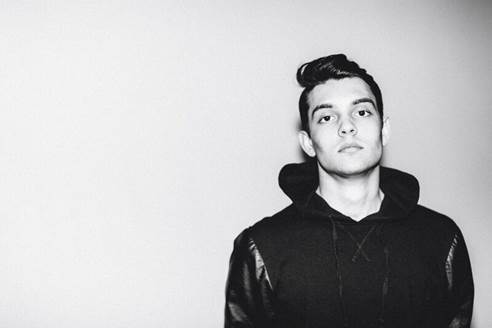 Earlier this month, Los Angeles-based Griffin Oskar released his debut EP, Hostage. A Portland transplant, Oskar was discovered and signed to his current label after a remix of one of his demos went viral—as in, it accumulated more than 6 million Soundcloud and 7.2 million Spotify plays.

Fans of the Danrell downtempo remix of Oskar’s track, “Hostage,” will not be disappointed with the EP’s version (listen here). It’s bass and faster pace gives the track a much more dramatic impact and sexier feel.

It’s a great opening to the resulting tracks “Never Loved Me” and “Head Above Water.” Surprisingly upbeat given the subject matter, the feel-good songs are reminiscent in places of acts like Maroon 5, B.o.B., Bruno Mars, and Coldplay. The EP then closes with the slower, “Bulletproof.” Overall, the tracks are approachable, the EP feels like a cohesive package, and it is easy to see how the music could appeal to a wide audience.

With that said, it does feel as though the piece is more of a conglomeration of the music on mainstream radio today versus a signature sound meant to introduce Oskar to the world. This is not to say that Oskar does not show an ability to stand on the merits of his own voice, nor that his songwriting cannot be equally potent. Rather, it is almost as if in channeling so many influences, the music may have lost that little bit of extra something that would differentiate it from what is already available today.

To explain it in another way, the base of each song seems strong yet an additional element was added in at some point in the process that detracts from Oskar’s delivery. For instance, “Bulletproof” could have been powerful. It’s honest. It’s heartbreaking. And it’s catchy as hell. Basically, it’s perfect for someone in pain to sing along with.

However, having a gospel choir back him during the bridge makes it hard not to think of Sam Smith’s “Stay With Me.” While it is certainly not detrimental to be compared to such an accomplished artist, the familiarity of the gospel chanting creates a distraction from the vulnerability in Oskar’s voice (which in and of itself is goose bump-inducing).

All in all, Hostage feels very much like the start of a career that could be promising. However, fans and other listeners may have to stay tuned for a full release to get a full understanding of who Oskar is as a musician and the stamp he will soon leave on the industry.

Want to know more about Griffin Oskar? Check him out at the following!