Home / News / Tour / Korn for the first time in Bratislava 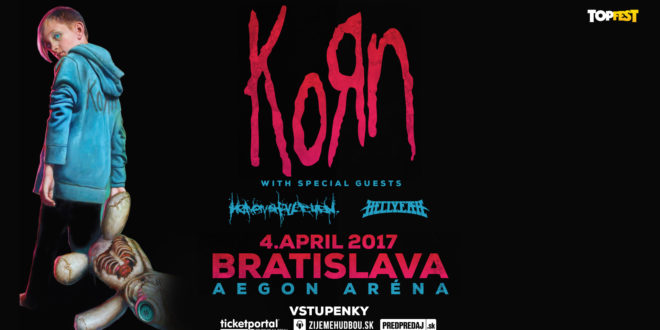 Korn for the first time in Bratislava

Double Grammy award winning Korn will play they first ever show in Bratislava!

Californian nu-metalers released their twelfth studio album “The Serenity of Suffering” in October this year and to promote the new record, band announced headline tour across the Europe for the next year. Slovak fans can look forward to show in April which will take place in the Aegon Arena on 4th of April.

As support acts Heaven Shall Burn and Hellyeah will appear with Korn on this tour.

You can buy your tickets on Ticketportal,  Predpredaj.sk and Zijemehudbou.sk