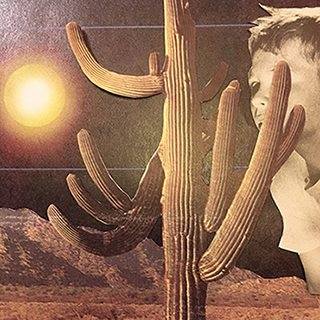 Heavy English have recently released their debut album Pop Wasteland and it is a buffet for music lovers of all genres, spanning from heavy rock to funk to pop.

The LP opens u with “Flirting with Thieves” and while the first sounds one hears is of a more dark metal rock, the track very quickly becomes an alternative/pop tune that boasts a soulful vocal performance from the bands lead singer. The energy in this song is hard to match and the chorus, which is extremely catchy, has shades of Maroon 5 to it, but with much more passion and edge. Gripping and surprising, the tune mashes different musical styles together to create a song that one won’t soon forget. It is this type of production that showcases what Heavy English does best, melding and blurring genres to the point where it is hard to classify what genre one is listening to. And while that may be confusing for some listeners, for this reviewer it is a delight to the ears.

“Higher Than You,” right from the very first notes, has a Daft Punk “Lucky” vibe to it with a touch of Fitz and the Tantrums. It’s the most infectious song on the entire album, something that will be stuck in one’s head immediately after the first listen and has the potential to be a big radio hit. Pop/Funk/Soul perfection, the tune has the type of groove and instantaneous likability factor that most artists spend a long time trying to create. But here, Heavy English, pulls it off on their debut album with ease, going toe to toe with other masters of the craft such as Bruno Mars or Mayer Hawthorne. One can’t help but have a huge grin on their face while listening to the song, and if the tune doesn’t strike an urge in listeners to get up and dance the night away, or maybe just in their bedrooms, no other song will.

Near the end of the record Heavy English delve more into their rock side with “Bitter Sister.” It has dark undertones that will pull listeners in along with the raw production value and a guitar lick that is weighty and electric in the hands of the band. The tune definitely has a 90s feeling to it, a bit of Nine Inch Nails comes to mind, and though it may come across as underproduced and bare, that is exactly the sound Heavy English seem to be going for and it actually takes a skillful producer to get the vibe just right. The lyrics are simple and repetitive but it works with the same style on instrumentation. Unlike anything else on the album the band strives and succeeds at keeping listeners on their toes with what is to be discovered on their LP and that is part of what makes Pop Wasteland so special.

The tracks are enjoyable on their own with a few exceptions. “Feel Like Love” doesn’t have much of a melody, “Washed Up Tongue” is good but goes on for too long at nearly six minutes, and “Fix Us” is underwhelming compared to other songs on the album. But the biggest problem Pop Wasteland faces is that on a whole it is not cohesive. On one hand it’s cool that each song sounds different but when packaged altogether it feels all over the place.

But if one looks past the album as a singular subject, one will immensely enjoy what Heavy English has to offer.