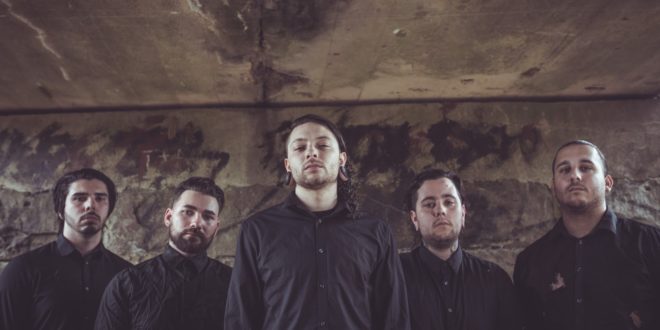 1
SHARES
FacebookTwitter
New Jersey-based metal band Lorna Shore has just announced their sophomore full-length album, Flesh Coffin, set for release on February 17, 2017 with Outerloop Records. This announcement comes just weeks after the band’s signing to Outerloop Records and their new initiative with Cooking Vinyl America. Lorna Shore’s unique signature aesthetic spans death metal, black metal, power metal, and progressive rock for a style that encompasses brutal breakdowns, dazzling technical passages, white-knuckle-ride dynamics, and rich textured moments. Flesh Coffin was produced by Lorna Shore, Carson Slovak, and Grant McFarland at Atrium Audio (August Burns Red, Everclear, From Ashes to New), mixed by Carson Slovak and Grant McFarland, and mastered by Zakk Cervini (Beartooth, Good Charlotte, Blink 182). Commenting further on the release of Flesh Coffin, Lorna Shore states:
“The album as a whole is a mature understanding of what the band is.  For the first time being in this band we have sought out to do what we wanted to and have accomplished that.  For once we sat and thought about what it is we want to be way before we started writing opposed to in the past where we just threw whatever we had against the wall.  The fact that we have been more prepared this release shows since I don’t think there was anything on that album that we would want to change simply because we went over everything with due diligence. We put everything on the line since we don’t want a repeat of last album cycle where it just got lost and we had to claw and grind our way to get anything we could get.  We wanted to set ourselves up to have a great release and we made sure of it every step of the way.  From brainstorming to demoing to picking the right studio to record at, to making sure everything was right before we left the studio, to now making sure our release is how we want it.  We don’t want to leave anything up to chance and I think this release will show all the hard work that went into this.  “
Formed in 2010, Lorna Shore consists of vocalist Tom Barber, guitarists Adam De Micco and Connor Deffley, bassist Gary Herrera and drummer Austin Archey. To date, they have released three EPs and released their debut full-length Psalms in June of 2015. Aside from being featured on the Metal Alliance Tour with Deicide, Lorna Shore has most notably toured alongside bands such as Carnifex, Chelsea Grin, The Black Dahlia Murder, and more. The band has also played festivals such as the New England Metaland Hardcore Festival, Never Say Never Festival, South By So What, Skate and Surf Festival and SXSW’s New England Metal and Hardcore Festival Stage.
Stay tuned for more from Lorna Shore leading up to the release of their sophomore album, Flesh Coffin, onFebruary 17, 2017 with Outerloop Records. Lorna Shore will be playing November 17th, 2016 at The Studio at Webster Hall for the Outerloop Records Official Showcase show, get tickets here. Visit Outerloop.Group for more information. 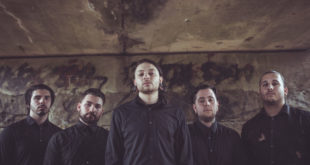 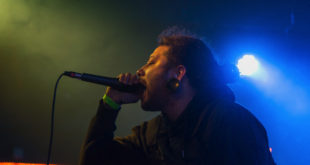 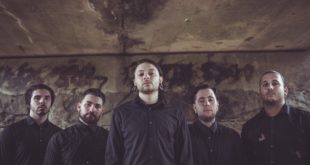