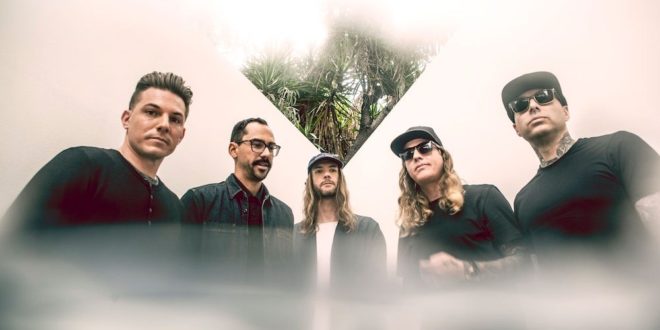 After kicking off the first leg of their headlining, U.S. Fall tour earlier this month, DIRTY HEADS unleash the video for “Oxygen,” their highly anticipated second single from their current self-titled release, out via Five Seven Music, TODAY! With an easy-tempo, and a low-key message of perseverance, the hip-hop infused song is already gaining momentum at alternative radio with early adds that include ALT 98.7 in Los Angeles, KDGE in Dallas andKUCD in Honolulu. DIRTY HEADS will headline State Theatre tonight in Portland, ME, with New Beat Fund and RDGLDGRN serving as direct support, see full tour dates below.

Directed and Produced by Collier Landry & Jared Watson, the video for “Oxygen” is a bit of a departure in aesthetic for the band.  Lead vocalist Jared Watson explains, “We wanted to visually capture the vibe of the song. It’s very ethereal and a bit Eerie, minimal at some points. so we wanted to have that same feel. I referenced the kill bill fight scene where the lights turn off and it goes all blue and back lit with silhouettes. Its a song that I feel people will put their own meaning to and apply their own life experiences to, so we wanted the video vague enough to leave that open and not put a story to it.”

DIRTY HEADS’ self-titled 5th studio album, released July 15 via Five Seven Music, debuted at #1 on the Independent Label Albums Chart and #2 on the Alternative and Rock Charts. Recently the band headlined the Huntridge Stage as Life Is Beautiful festival in Las Vegas last month. DIRTY HEADS made their national morning TV debut on NBC’s The Today Show this summer performing the fell-good summer anthem, “That’s All I Need.”  Watch the performance HERE.