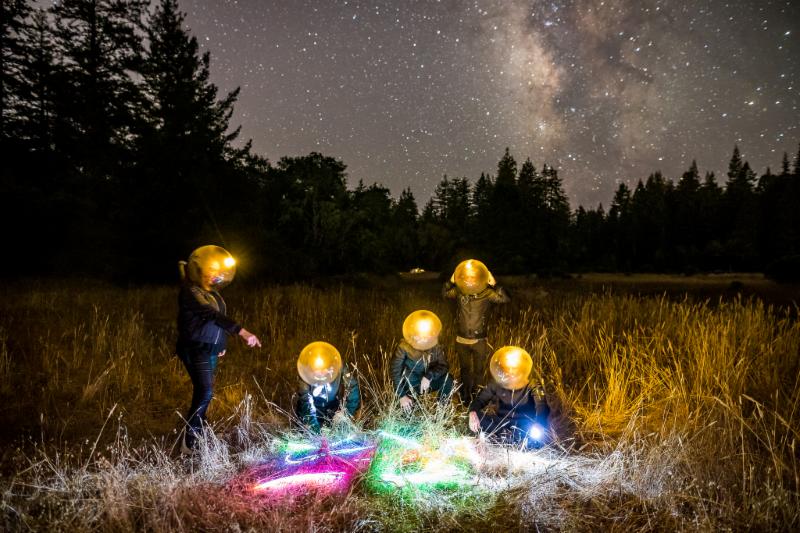 STS9 has announced a three-night New Year’s celebration run at the Fillmore Auditorium in Denver for Thursday, December 29, Friday, December 30 and Saturday, December 31. The headlining shows-fresh off their two sold-out shows at Red Rocks Amphitheater September 9 and 10,marking their 20th performance at the famed Colorado venue–will cap off a massive year for the acclaimed and adventurous electronic rock band who released THE UNIVERSE INSIDE, their first new full-length studio album in nearly seven years, last month. Live Nation pre-sale tickets go on sale this Wednesday, October 5 at 10am Mountain Time, with public on-sales beginning Friday, October 7 at 10am Mountain Time. Go to www.sts9.com for more information and ticketing links.

THE UNIVERSE INSIDE–released September 2 via the band’s own 1320 Records–debuted at #1 on the iTunes and Amazon Electronic Albums Charts and #2 on the Billboard Dance/Electronic Albums Chart, marking their highest position to date on that chart. The 13-track album–the band’s first featuring bassist Alana Rocklin–features lead single “Get Loud,” a collaboration with singer/songwriter Betty Idol and acclaimed production team the J.U.S.T.I.CE. League, and opens with “Supercluster,” which samples the original NASA STS-9 radio transmission and represents the band’s return from a journey that began with their 1998 debut, Interplanetary Escape Vehicle.

THE UNIVERSE INSIDE has been receiving critical praise since its release, with Kyle Rutherford of The Untz calling it, “a conscious expression of the beauty in the world, and a motivation for all listeners to follow the path they wish to choose” (9/5), and Live For Live Music’s Rex Thompson adding, “With such a quality effort after all this time, fans can only hope that this release reinvigorates STS9’s passion for producing more of the magic that The Universe Insideshows them clearly capable of” (8/30). See below for more critical feedback.

Buy THE UNIVERSE INSIDE on iTunes or 1320 Records now.

The members of STS9—Hunter Brown (guitar/sequences), Jeffree Lerner(percussion), David Phipps (keyboards/synths), Zach Velmer (drums) andAlana Rocklin (bass)–went through a lot over the course of making this record. In order to connect and express something more direct than they could with the music alone, the band chose to utilize more lyrics than they have on any of their previous efforts. It’s an album about human identity and the magical truth of who we are, where we’re going, and our place in the Universe.THE UNIVERSE INSIDE—written, recorded, produced and mixed by the band at their own 1320 Mission Control in Santa Cruz, CA–comes on the cusp ofSTS9‘s 20th Anniversary (in 2017).

Beginning October 20 in Minneapolis, STS9 will head out on a fall headlining tour in support of the album’s release bringing their expansive sound,innovative style combining the energy of 21st century dance music with the dynamics of a band, one-of-a-kind critically acclaimed production andmessage of unity to audiences throughout the Midwest and East Coast, including a stop at New York City’s Terminal 5 on November 12. The quintet–consistently ranked on Pollstar magazine’s list of the nation’s top 40 touring acts–then head back to the West Coast for two nights in San Francisco:Saturday, November 19 for their debut performance at The Masonic andSunday, November 20 at The Fillmore, marking the band’s first show at the acclaimed venue in seven years. Tickets for the recently announced Bay Area shows, including a 2-Day Pass, are available here. Additionally, the festival favorites are set to perform at the Voodoo Music + Arts Experience,Suwannee Hulaween and Dominican Holidaze. See below for full list of upcoming tour dates.