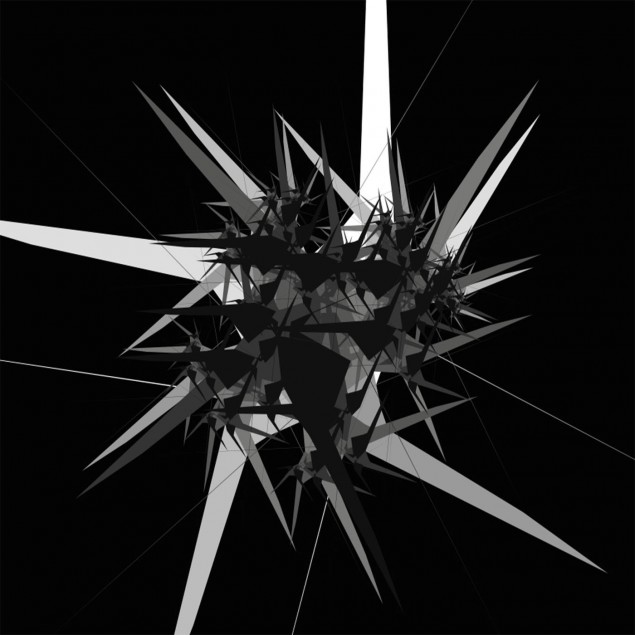 Releasing an album with over 20 tracks on it is quite an ambitious endeavor, but that is exactly the type of challenge Bryan Deister took on with his LP Spines of the Heart.

There are many ups and downs on the record, which is to be expected when a project is this long, but when Deister is at his finest, the songs really shine and show what an experimental artist he is, not afraid to take chances and think outside the box.

It all kicks off with “All That I Have” which mixes industrial background instrumentation with a more chill and mellow vocals that they blend together seamlessly. It might remind one of something the band Muse might have written especially when listeners are introduced to Deister’s chill inducing voice. “All my friends are gone,” Deister wails and one is immediately drawn to his story. It’s very much a layered song in all senses which makes it one of the more interesting tunes on the album and helps set the mood for the entire LP

“Silent Screams” is one of Deister’s more straightforward tracks but it still retains his signature edge. The electronic instrumentation sounds as if it was sampled right out of a retro video game and somehow it works against Deister’s cracked but also thought provoking vocals, which at times have a little bit of John Lennon to it. It’s definitely got that 90s alternative vibe going for it with dark lyrics like “give up all your waking dreams and hold onto your silent screams,” and that’s what gives the song its charm. Some might find some dissonance in the track between the instrumentation and the vocals, which barely have a melody, but it is just that disjointed feeling that helps to sell the song and make it one of the best on the album.

Immediately following “Silent Screams” Deister changes things up with “Approaching.” It’s a piano based ballad that is based more on a haunting mood than anything else. Atmosphere is something that Deister creates with ease and it’s never better executed than on this track. “Your time is running out and I can’t save you,” Deister sings and one can’t help but get swept away in the haunting ambiance that Deister creates, quiet and unassuming at first and then progressively getting louder and fuller as the song continues. It’s layered and full of emotion, and even though it’s hard to decipher most of the lyrics to the track it doesn’t matter because the song shines through just its tone and the few words one can make out.

“Gone is another” terrific tune and this time Deister taking a more simple route. There is almost no instrumentation here, a bare bones approach that works when Deister sings repeatedly “I’m gonna kill myself.” It’s gloomy and sad and Deister captures that very vulnerable feeling easily in an understated and hazy way that is sure to hit home with some listeners. One of the most unique tracks on the LP, “Gone” displays through his chilling vocals that he is willing not only to be vulnerable but extremely raw which may make some listeners uncomfortable and that right there is a sign of not only a good song, but one that evokes and demands feedback from listeners.

The biggest turnoff of the album is that it all seems to bleed into one another if one plays it from start to finish and it’s hard to separate and appreciate each song separately for what it is. In addition some particular songs when examined closely come out short on their own. The contrast that works well on other tracks does not work well on “Responding Wel,l” while “Emily” drags at over five minutes long and “Seven Eight” feels completely out of place on the album.

Still there is plenty to appreciate here, and Desiter has created an LP that is well worth a listen.