The Atlanta-based three piece, Mansell has announced that their debut LP Mantra will be released on November 11th. Today, the band is streaming the first single “A Love Immodest” via Soundcloud. Tonally, the track’s drums and sounds are inspired by early 70’s recordings and were tracked mostly live by the young band. The ethereal, bass driven indie-rock song is about the journey of choices people make within and outside of a relationship, both in a physical and cerebral sense.

Holden Fincher, the 19 year old lead singer/lead guitarist says, “The song reflects on how the monotonous day-to-day of being devoted to one person can produce a lack of interest and a lack of chase in a relationship, ultimately causing the flame to die. It then addresses the choices one goes through to regain that love, or at least the comfort one has within a relationship of dependability, as a single person.” Fincher goes on to say, “‘A Love Immodest’ can be looked at as a post-breakup story; it can also be looked at as romanticizing both sides of single life and true love between two people. Or, even as simply the thrill we all seek of the adolescent parts of a relationship.“

Mantra was produced and engineered by Jason Hoard, Ryan Wilson, and Mansell themselves. It will be available at all digital retail outlets on Friday, November 11th and is available for pre-order now on iTunes, which includes an instant download of “A Love Immodest” and the track “Ghost”.

Mansell is a three piece band who have spent time in various genres in the Atlanta Scene they grew up in. Coming together in early 2014, they now make music that blends their Alternative and Indie roots with the various music/art/expression that has helped form them. With members Holden Fincher (Lead Vocals/Guitar), Trent Bilodeau (Bass/Vocals), and Grayson Arias (Drums/Vocals), Mansell writes and records their music independently. 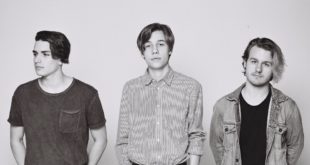 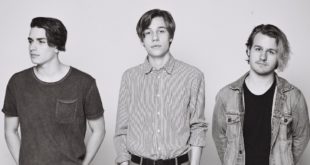