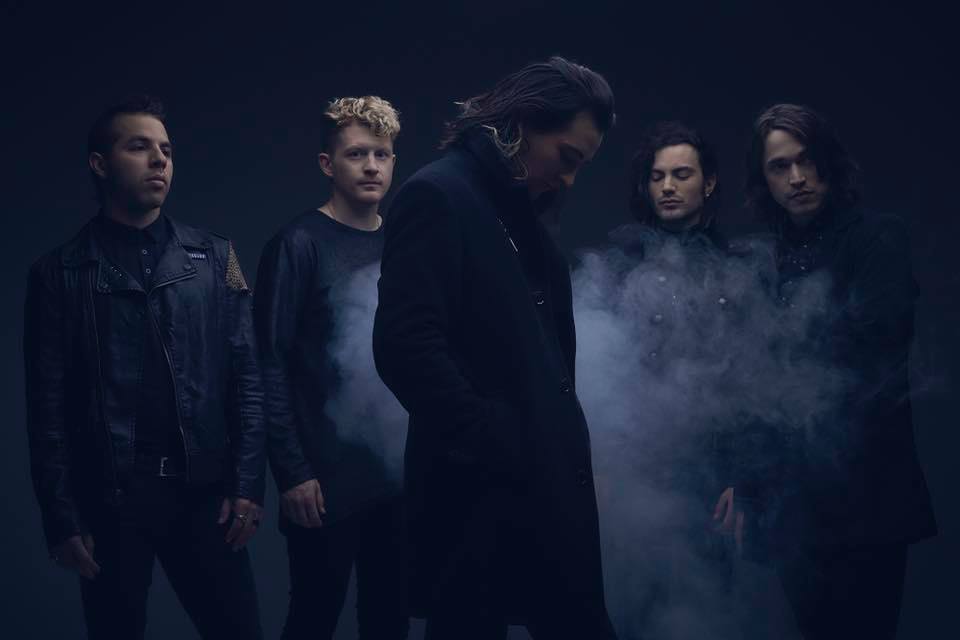 Fans can get both “Nothing Personal” and “Fangs”—plus “Contagious,” the hit single from last year’s Howl EP—as instant downloads by clicking HERE to pre-order LOVE GLOOM on iTunes.

All three songs will be part of the band’s set during the upcoming “Advanced Placement Tour,” presented by SiriusXM’s Alt Nation with The Shelters and The Hunna. Dates begin November 5th at the The Shelter in Detroit (see itin below).

“We recorded in the same room where Led Zeppelin recorded ‘Whole Lotta Love,’ says Hawley. “It was pretty inspiring to come in each day, walk through a hall of gold records and see pictures of Jim Morrison sitting at the console where we mixed.  We even had a few weird celebrity sightings, like the time Mikel bumped into Lenny Kravitz and his procession of super models.  He flashed a peace sign, said ‘what’s up,’ and sauntered off, his scarf dancing on the ground behind him as he walked.”

About the album title, Hawley says, “Love gloom is within all of us.  It’s a collision of emotions.  It’s when you need love and can’t find it.  It’s the sickness of wanting someone and not knowing if they feel the same way.  It’s the tearing of a breakup and the coldness of a partner during a fight. We wanted to make an album that sounded like ecstasy and despair and make the listener feel like they’re climaxing and suffocating at the same time.”

LOVE GLOOM is the follow-up to 2015’s Howl EP, which featured “Contagious,” a song that hit No. 1 on SiriusXM’s Alt Nation while amassing over 4.5 million streams. Click HERE to see its companion video.

Night Riots have been compared to The Cure (by MTV) and The Killers (Earmilk), described as “new wavey bliss” (Billboard) and praised for their “anthemic, synth-laden rock” (Spin). Buzzbands, who recently premiered “Fangs,” praised the band for “fashioning the sound of urban desperados wandering rain-slickened streets, hearts playing tug-of-war with hope and despair.” Over the course of the past couple of years, the group has shared stages with the likes of Lana Del Rey, Morrissey, Cage The Elephant, Walk The Moon, OK Go, The Mowgli’s, Angels & Airwaves and many more, while garnering praise from the likes of  KCRW,  HuffingtonPost, KROQ, All Things Go, Nylon and AV Club, among others.

Prior to the upcoming “Alt Nation” tour with The Shelters and The Hunna, Night Riots will be playing a string of dates, including an October 21st album release show at the Troubadour in Los Angeles.