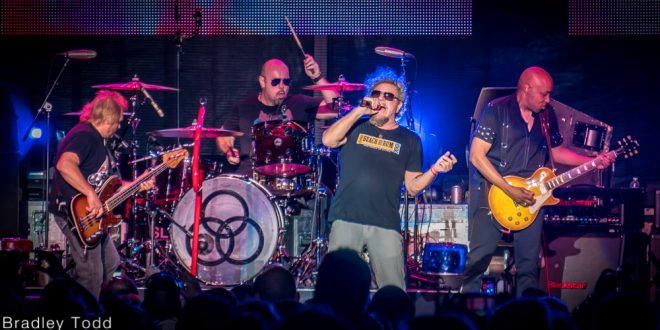 Sammy Hagar and his super group of sorts, the Circle, played The Loop Luau, an end of summer party sponsored by radio station The Loop (WLUP 97.9 fm) and Sammy’s Beach Bar Rum brand, in Chicago on Friday 9/2/16.

The group consists of Hagar, bassist Michael Anthony (formerly of Van Halen, and another super group with Hagar, called Chickenfoot), drummer Jason Bonham (son of legendary Led Zeppelin drummer, John Bonham) and guitarist Vic Johnson (who plays in Sammy’s solo band, The Wabos), and they covered a wide catalog of material (see setlist below) that included Sammy’s solo career, his time in Montrose and Van Halen, along with Led Zeppelin tracks as well.

Hagar and group were in good spirits (pun intended), as was the crowd on this evening. So good were the spirits, in fact, that Hagar called out a few times, wondering aloud if his bandmate and party compatriot, Michael Anthony, was doing ok and was ready for the long haul of the show. But “Mikey” hung in like an experienced road warrior, crossing the finish line with his mates as they closed out the show with Led Zeppelin’s Rock and Roll, which kept the crowd on their feet cheering, as they had done throughout the entire night. 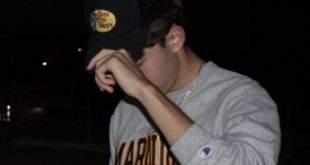 Personal Influences And Choices Into Discovering The Music Industry