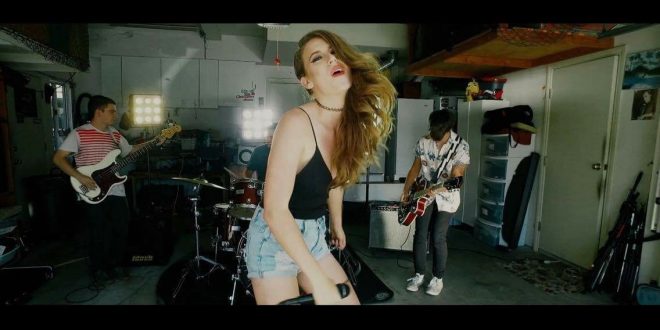 Award-winning singer-songwriter Chandler Juliet is back with a follow-up single entitled “Don’t Miss You”. Juliet’s single dropped on iTunes Thursday, August 18. The song has a slightly more rock-oriented sound while maintaining the pop sensibilities of her earlier material. It was co-written by Dean Dinning of Toad the Wet Sprocket, a part of her new production team at Revolver Recording in Thousand Oaks, California. The accompanying video for the song, which debuted on her YouTube page last Monday, combines a light-hearted dramatization of breakups with lushly emphasized cinematography.

For the writing process of the song, Chandler considers her approach spur-of-the-moment. “I find myself coming to realizations throughout the day which prompts me to pull out my phone and record some melody ideas, write down a verse, or just a couple notes,” she says. Chandler describes the evolution of her music as sounding “more mature, fun, and developed than Loud Heart,” and was excited with its turnout.

Regarding the song’s genesis, Chandler states, “I remember thinking about how I missed this one specific relationship I once had. I’d been in a couple relationships since, but nothing ever compared to this specific one”. She adds, “I realized I don’t miss the person at all, but rather the things about our relationship—the activities I would only do with him, the inside jokes and beautiful memories, and the feeling of being completely understood”. With Dinning’s assistance, she carried the song to completion.

Chandler first debuted with Loud Heart on August 25th of last year. The EP’s initial single, “Road Trip,” was nominated for three Indie Music Awards while winning that of Best Pop Record. Its CD release show at the legendary Hollywood venue Boardner’s had sold out, earning her a tremendous career boost.

Even now, her key to endurance in the industry remains the same. “I maintain a relationship with God,” says Chandler. “At the end of the day, I’m happy as long as I’m continuing to create, follow my passions, and stay true to myself.”

I come from a family who is passionate about all things music. I learned to sing at an early age, and by 13, had my very own Fender Strat guitar. I tried my hardest at learning all that I could. Because I was born with cerebral palsy, I had to teach myself an adaptive playing style. I learned to write and record my own music, despite these difficulties. In college, I started making great use of my writing abilities by reviewing music, as well as copy editing. I guess it's best to stick with what you know, while welcoming a fair challenge at the same time.
Previous EP Review. Vian Izak: Brink of Love
Next Gallery & Review: Sammy Hagar & The Circle at The Loop Luau in Chicago, IL 09.02.16