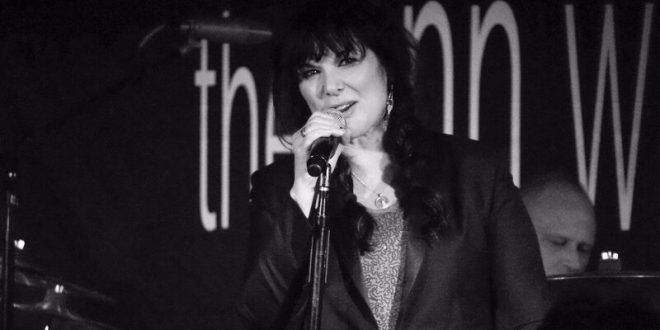 Now that Heart’s big ticket commercial days have passed thanks to changing tastes, the demands on Ann Wilson’s time aren’t as great as before. This has allowed the Rock and Roll Hall of Famer and legendary singer/songwriter the opportunity to explore avenues perhaps not open to her during the band’s commercial heyday. One expression of these alternate avenues is her releases under The Ann Wilson Thing banner. The second of these, Focus #2, picks up where the first left off, in some respects. Wilson uses these brief releases, seemingly, as a way of promoting her continued growth and work as a songwriting while paying creative tribute to artists that shaped her into the performer she is today. On the latest four song EP, Ann Wilson bravely goes after Jimi Hendrix and Peter Gabriel with outstanding imagination and more than a little passion while providing longtime admirers with two exceptional original compositions co-written with her guitarist Craig Bartok.

The Hendrix cover kicks things off. Wilson and her band take a deliciously rough and tumble approach to Hendrix’s “Manic Depression”, but naturally it fits the song well and gives the band a spark of spontaneity that makes its position as the opener quite charged. It’s difficult to imagine the release getting off to a better start than this. It’s one of two live performances on the release and the audience’s wildly enthusiastic response adds much to the raucous atmosphere. “Fighten fer Life” is a much different animal. Wilson and her collaborators settle things down into a gentle acoustic vehicle that she imbues with considerable melodic and vocal grace. The lyrical content is quite sharp. Alternating the first song with a much more sedate follow up might seem like a no brainer, but it’s difficult to estimate the positive effect such decisions have on listeners.

The EP’s second cover, this time of Peter Gabriel’s duet with Kate Bush “Don’t Give Up”, is an exquisite reading of one of the 1980’s great ballads. The immense sensitivity of Gabriel’s songwriting is pared to the bone here and the resulting raw, emotional arrangement is perfect fodder for Wilson’s extraordinary gifts. She inhabits this track like no other on the EP and her outing will stay in the memory long after you hear it for the first time. The final song, “Anguish”, is the more affecting of the EP’s two originals and that’s primarily thanks to the all-out approach Wilson takes to its vocal. Make no mistake, however – she never strains for effect. Instead, she serves up a searing clinic on blues singing by simply listening and living in the song.

It’s the crowning achievement on an EP that doesn’t observe its station in life well. This is a hard gut punch reminder that, even now in 2016, few singers are consistently doing it better than Ann Wilson, but the two originals make it even clearer that her talents are far from confined to her mic. Focus #2 finds her in full focus and impossible to deny.

Previous Gallery: AWOLNATION at BB&T Pavilion in Camden, NJ on 8-20-2016
Next Mosh for Paws Announces Benefit Show for the Montclair Animal Shelter