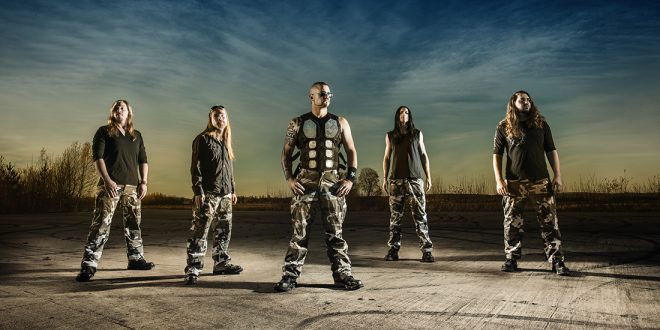 In just three weeks, Swedish metal favorites SABATON – recognized globally by fans for their unique brand of historical battle-themed metal – will return to the United States for the 2016 “Silence In The Snow” Fall Tour with headliners Trivium and fellow special guest Huntress. This is a can’t-miss line-up! The tour begins on September 15 in Columbus, OH and comes to a close on October 21 st in Lake Buena Vista, FL. Pick up your tickets via SABATON’s website and see below for all current tour dates.

These dates will be the first time U.S. fans get to see SABATON performing with their new guitarist Tommy Johansson. The band issued a statement yesterday regarding the departure of their former guitarist Thobbe En glund and the addition of Johansson: “Thank you Thobbe, welcome Tommy! Our guitar player Thobbe did his final concert with us on last Saturday’s very emotional show at the SABATON OPEN AIR festival. Celebrating the release of our new album while saying goodbye to a great friend is lots of mixed feelings. But the future is bright since this was not nearly our last stand, from now on you will see Tommy Johansson playing guitars with SABATON and we all look forward to see you on the road!”

Johansson added:“For me to be a part of the SABATON family is a huge honor and I couldn’t be happier! The guys are awesome and among the nicest people you can meet. I’ve been following SABATON since 2005 when I saw them live for the first time and I have loved the band ever since, so when they asked me to join there was no hesitation. Although, they did ask me already back in 2012 but for many personal reasons it was not a good time for me to hit the road and give everything that was needed to the band. So I declined, but we have stayed in touch since then. I also want to say that Thobbe is a great guitarist and such a wonderful guy! My job is not to replace him, it’s to contribute to the band with my own style of guitar playing but of course also to keep his fans happy by playing his wonderful solos with pride. I look forward to meet you all on tour and to do what I love the most in life – to play heavy metal!”

Last Friday, August 19, SABATON released their latest album The Last Stand via Nuclear Blast. You can order your copy of the heavy metal masterpiece now in various physical formats, or digitally. For fans who want a little extra, don’t miss the “Tank Edition“.

See what press is saying about SABATON’s The Last Stand:

About SABATON:
Formed in Falun, Sweden in 1999, SABATON is best known for singing almost exclusively about historical wars and battles, a direction the band members decided to take on after watching the 1999 Academy Award-winning film Saving Private Ryan. The band thoroughly researches their topics to ensure the songs paint accurate and objective portraits of the historical event they’re singing about, which are narrated from an omniscient point-of-view or in first-person as a soldier caught in the line of fire. Like their home country of Sweden, SABATON aims to remain politically neutral in their role as musical war historians. SABATON have reached their unshaken position as heavy metal’s AAA-torchbearer after releasing ingenious studio recordings and playing endless amount of unforgettable live shows. The Last Stand is another unquestionable and bulletproof evidence of SABATON’s top class abilities and it will be followed by the band’s most gigantic world tour to date. 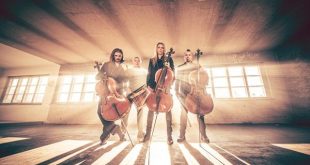