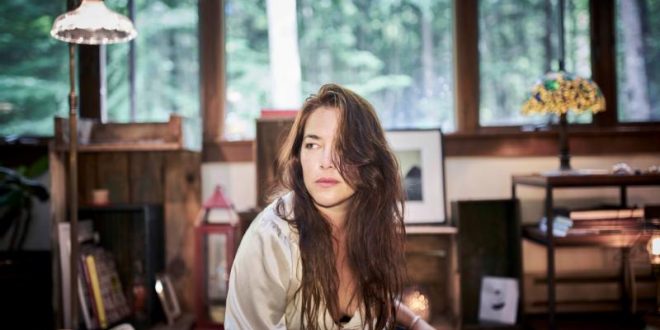 RACHAEL YAMAGATA PREMIERES NEW VIDEO FOR “OVER” ON ROLLING STONE.COM

2
SHARES
FacebookTwitter
Photo Credit: Laura Crosta
TIGHTROPE WALKER DUE OUT SEPTEMBER 23RD VIA
FRANKENFISH RECORDS/THIRTY TIGERS
August 24, 2016 – (Los Angeles, CA) – Acclaimed singer, songwriter, and musician Rachael Yamagata today shared a new music video for “Over”, the second single off her fourth album,Tightrope Walker, due out September 23rd via Frankenfish Records/Thirty Tigers. Rolling Stone premiered the video, praising the “upbeat and orchestrally ornamented” track. Watch the video HERE.
Shot around Yamagata’s home in Woodstock, NY by director Laura Crosta, “Over” is an anthem about letting go and finally moving on, that showcases a newfound optimism, previously unexplored in her past work. Tightrope Walker is available for pre-order now HERE. Those who pre-order the album will receive “Over” and previously released track “Nobody” as instant grat downloads.
With its themes of perseverance, relentless, and owning your own power, Tightrope Walker (Yamagata’s first album since 2011’s Chesapeake), represents an artistic rebirth both lyrically and sonically for the Woodstock, NY-based artist. “When [French high-wire artist] Philippe Petit was asked why he walked the tightrope he responded, ‘Why – there is no why.’ This really f–d me up,” Yamagata says.  I was devoting an entire theme of the tightrope walker to my new record: defending the weary spirit and empowering the underdog while using the high wire artist as a symbol of how to get through, but it hadn’t yet occurred to me to contemplate the why of getting through or the why of even my own art.  Beyond that, why continue in an industry that I’d not yet conquered or pursue this when you have to give up so much to do so?  Something propels our survival and search for happiness and it’s this desire to overcome what threatens to break us that continues to fascinate me. If you’re thinking of quitting – anything – this is your record,” she says.
For her second independent release, Yamagata launched a PledgeMusic campaign (ongoing since 2014) and became producer, den mother, and manager, turning her “hermit house in the woods” into a studio. In the process, she rounded up an illustrious array of guest performers, including such Grammy Award winners as Owen Biddle (The Roots), Matt Chamberlain, and Victor Indrizzo, as well as celebrated musicians Ben Perowsky (Rufus Wainwright), Zach Djanikian (Amos Lee), Kevin Salem (Dumptruck, Yo La Tengo), Russell Simins (Jon Spencer Blues Explosion) and others. Yamagata self-produced Tightrope Walker and brought her long-time producer, 3x-Grammy nominee John Alagia (John Mayer, Dave Matthews Band) onboard halfway through the process as co-producer.
Despite having the impressive resume of a major-label artist who turns independent, becomes a PledgeMusic legend, gets profiled in two Berklee College of Music marketing classes, performs for President Obama, earns praise from artists like Gregory Colbert and gurus like Deepak Chopra, and who has played Carnegie Hall and Madison Square Garden and shared stages with Patti Smith, Michael Stipe and Pete Townshend, what defines Yamagata most is this: “I have fully stepped into my role as healer, optimist, entrepreneur, writer, producer, and spirited badass. And that is my ‘why,'” she says.
This fall, Yamagata will hit the road for an extensive North American tour. Tickets for the tour are available now HERE. See below for a list of upcoming tour dates.

Previous DEE SNIDER ECLECTIC NEW SOLO ALBUM, ‘WE ARE THE ONES’ OFFICIALLY DUE OUT OCTOBER 28: EXCLUSIVE PRE-ORDER ITEMS AVAILABLE ON PLEDGEMUSIC NOW
Next TO THE WIND PREMIERES TITLE TRACK, “THE BRIGHTER VIEW,” FROM FORTHCOMING ALBUM