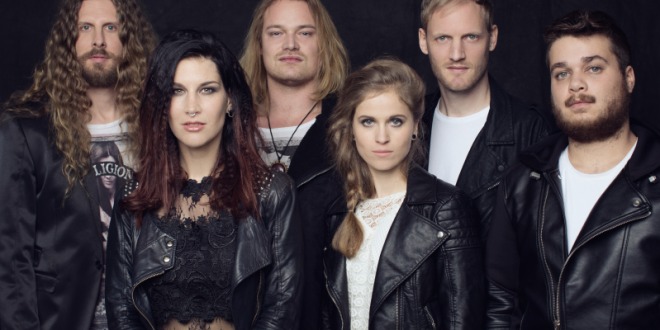 Delain began as an alternate project of Martijn Westerholt, former keyboardist for the pioneering symphonic metal band Within Temptation. With their first album released in 2006, Delain has been steadily gaining widespread popularity and carving their own name into the sphere of symphonic metal as a more pop/rock oriented alternative to the bigger names in the genre – such as Nightwish and Epica. The band is known for combining driving metal rhythms and drop-tuned guitars with sweeping orchestral and electronic textures – topping it all off with the dazzling vocals of frontwoman Charlotte Wessels. After recently teasing fans with the well-received EP Lunar Prelude, the full-length follow up, Moonbathers, releases on August 29th, to much anticipation.

Those who enjoyed Lunar Prelude, or any of Delains prior work, for that matter, will be satisfied with Moonbathers. Aside from the inclusion of familiar EP tracks “Suckerpunch” and “Turn the Lights Out” on the album, the remaining new songs offer little in the way of surprises, though this is not to say that the album falters in quality. Each track carries a strong melodic theme which leads to an even stronger hook, owing in large part to Wessels, whose voice – full and rich, but smooth as velvet – pierces through the thick guitar and keyboard layers with impeccable clarity. Where vocalists in symphonic metal will typically opt for a more classical, operatic style to match the orchestral nature of the music, Wessels shines through her more modern approach to the craft.

While all of this has been true throughout Delain’s entire history, Moonbathers trims off much of the bloat that watered down some of the band’s previous work. Here, each track has a clear voice – with songs like “Hands of Gold” sporting swashbuckling symphonic melodies and a surprisingly aggressive bridge, “The Glory and the Scum” featuring a dark, soaring orchestral score and showcasing Wessels’ outstanding vocal delivery, and “Chrysalis – The Last Breath” bringing listeners to a more cinematic and personal space. Other standout moments include the straightforward and satisfying “Fire With Fire”, the majestic and swooping “Turn the Lights Out”, and a fantastically bombastic rendition of Queen’s “Scandal”.

Above all, Moonbathers proves that Delain are fully aware of their strengths, and as such, play directly to them – with quite satisfying results. Westerholt’s symphonic composition and performance breathes vivid color into what would already be solid metal tracks, and Wessels seals the deal with her outstanding vocal talent. The band has displayed this level of quality throughout their career, obviously subscribing to the adage “more of a good thing is never a bad thing”, and though it doesn’t take any risks or shatter any barriers, Moonbathers is an undoubtedly solid album that delivers plenty of the goods that fans worldwide adore.

Visit Delain and order Moonbathers at their website here.

Norse god of metal.
@ms_reviews
Previous Gallery: I Prevail at Pub Rock Live in Scottsdale, AZ 08-21-16
Next State Of Mine Release Official Music Video For “Curtain Call” Off Sophomore EP 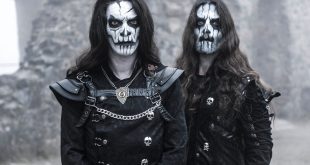 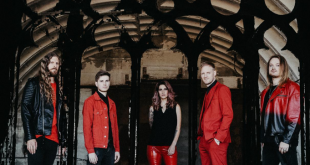 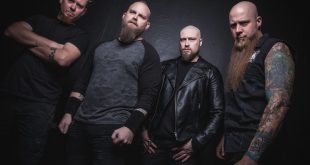