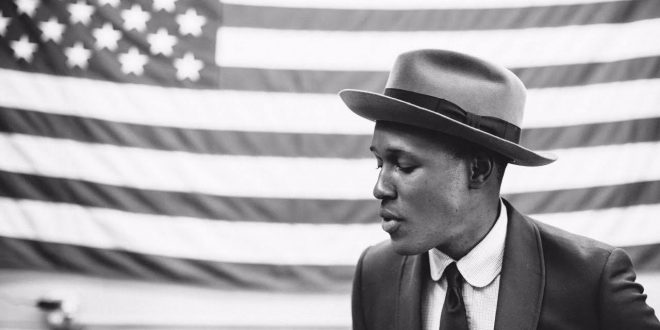 The 2016 Radio Show will feature BMI songwriters LOCASH, Jonny P, Graham Nash, The Roosevelts, The Sisterhood, Muddy Magnolias, Kyshona Armstrong, Modern Inventors and Shannon LaBrie as part of the Radio Show Artist Spotlight Series. The performances are free for registered attendees and will take place during select general sessions and networking events throughout the show. The artists were scheduled by BMI Vice President of Industry Relations Dan Spears. The 2016 Radio Show is held September 21-23 at the Omni Nashville Hotel and produced by the Radio Advertising Bureau (RAB) and National Association of Broadcasters (NAB).

“The relationship between songwriters and radio is evidenced everyday as millions of Americans tune in to hear their favorite musicians, in addition to finding new acts,” said Spears. “The Artist Spotlight Series is the perfect venue to showcase the depth of talent BMI artists represent and the special relationship they share with radio.”

“The Radio Show will once again provide a unique mix of entertainment for attendees,” said Radio Advertising Bureau President and CEO Erica Farber. “Showcasing the diversity found on radio is just one of the ways the Radio Show highlights the importance of the industry.”

The current schedule of performers is as follows and subject to change:

LOCASH
September 20, 8:00 – 9:00 p.m., Radio Show Kick-Off Party
LOCASH, formerly known as LoCash Cowboys, is an American country music duo composed of songwriters and vocalists Chris Lucas and Preston Brust. Examples of some of their most well-known tracks include “Here Comes Summer,” “Keep in Mind,” and “Best Seat in the House.” They have performed on the “TODAY Show,” “Jimmy Kimmel Live!,” and on the historic stage of the Grand Ole Opry.

JONNY P
September 21, 3:45 – 4:00 p.m., Innovation Stage in the Marketplace
Originally from New York City, Jonny P is a soul artist and fashion designer who now calls Nashville home. With a sound reminiscent of the greats of Motown, Jonny is poised to emerge onto the R&B charts. He released “Right to You,” a six-track EP, in 2014 and is currently working on new music and projects set to release this year.

GRAHAM NASH
September 21, 4:15 – 5:30 p.m., Headliner General Session
Legendary singer-songwriter Graham Nash is a two-time Rock and Roll Hall of Fame inductee, with Crosby, Stills, and Nash and with the Hollies. He was also inducted into the Songwriter’s Hall of Fame twice, as a solo artist and with Crosby, Stills, and Nash, and he is a GRAMMY Award winner. His most recent studio album, “This Path Tonight,” was released in April 2016.

THE ROOSEVELTS & THE SISTERHOOD

September 21, 5:30 – 7:00 p.m., Marketplace Mixer
The duo behind the Roosevelts, James Mason and Jason Kloess, debuted their first full-length LP “The Greatest Thing You’ll Ever Learn” on April 22. It has reached number five on the iTunes Singer/Songwriter Charts, placing them among some of their earliest childhood heroes, including Simon and Garfunkel, Carole King, and James Taylor. The duo describes their sound as “harmony driven American rock, with a 70s sensibility.”

Alyssa Bonagura and Ruby Stewart met while pursuing solo careers. After only nine months, the duo’s musical blend of West Coast folk and classic rock ‘n’ roll has landed them performances at Milan and Miami Fashion Weeks, Rod Stewart’s Las Vegas Show and a slot on the main stage of one of Australia’s biggest country music festivals.

MUDDY MAGNOLIAS
September 22, 7:30 – 9:00 a.m., Advertiser Breakfast
Jessy Wilson and Kallie North will release their debut album, “Broken People,” on October 14. The eleven-track album is a confluence of various musical styles that have influenced the duo. Opening for the likes of The Zac Brown Band and Gary Clark, Jr., Muddy Magnolia’s soulful approach and high-energy delivery is sure to be a Nashville hit.

MODERN INVENTORS & SHANNON LABRIE
September 22, 12:30 – 2:00 p.m., Marketplace Lunch
After several years of collaborating on a variety of projects, including a soundtrack for the HBO documentary “First Comes Love,” Josh Benus and Matt Kass solidified their partnership by founding Modern Inventors in 2012. Migrating from Philadelphia to Nashville a year ago, the duo has expanded on their backgrounds as formally-trained musicians with a sound that’s both unique and powerfully emotional. Their current single, “Tonight,” includes guitar chime, a synthesizer lick and choir-like harmonies.

Shannon LaBrie emerged onto the music scene with her 2013 debut album “Just Be Honest.” With her lead single, “I Remember a Boy,” the independent release reached the Top Ten on iTunes and the Triple A Radio charts. In April 2016, LaBrie released her introspective sophomore album, “War & Peace.” LaBrie has opened for such artists as Phoenix, and The Head and the Heart. She has performed at South By Southwest, the Austin City Limits Festival, Road to the Hangout and Road to Bonnaroo. 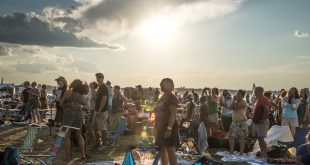 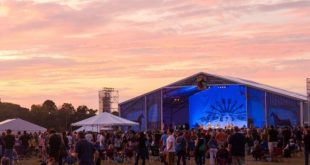