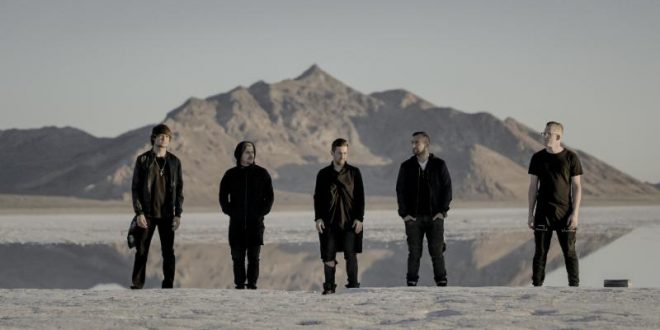 Praised for their dynamic songwriting, pop-driven lyrics and multi-layered rock instrumentation, alternative pop/rock band Night Argent have been making waves since the debut of their self-titled EP, released on April 22nd, 2016. Since its release, the band has been busy filming and editing a cinematic thriller of a music video for the fan-favorite track, “Widowmaker,” taking fans along the way via the band’s Snapchat and releasing a behind-the-scenes reel. Today, the band is thrilled to be unveiling “Widowmaker” exclusively via Myspace, who described the video as “a visually stunning music video featuring the band being chased by a femme fatale through some incredible scenery.” This is what frontman Chase Manhattan had to say about the video:

“Although the content of the video and the underlying theme is pretty dark, we wanted to make sure our pure enjoyment in being able to do what we love would show through in the finished product. Shooting this video is probably the most fun we’ve had working together as a band up to this point. When we’re on the road and touring, we always make sure we take time to go out and explore new and exciting locations, so incorporating that aspect of our band into one of our music videos is something we’ve been wanting to do since the beginning. We just hope our fans have as much fun watching it as we did filming it.” – Chase Manhattan

“Widowmaker” was directed by Chase Manhattan and the band’s friend and touring videographer Justin Frick. Filmed by the band themselves, the video was shot in various locations across the US (Bonneville Salt Flats, UT; Coyote Buttes, AZ, Hoh Rainforest, WA) as they traveled to and from their performances at SXSWin Austin, TX. Throughout the course of shooting the band hiked through a rainforest, spent the night on the edge of a cliff overlooking the Pacific Ocean, got detained by rangers, had free range of a wrecking yard for a day, went rock climbing, staged a fight on the top edge of a slot canyon, and ran through the Salt Flats during flood season.

Fans can purchase Night Argent’s debut EP featuring the track via Apple Music or through the band’s website at NightArgent.com. Follow Night Argent on social media to keep posted on new music, tour dates, and more.