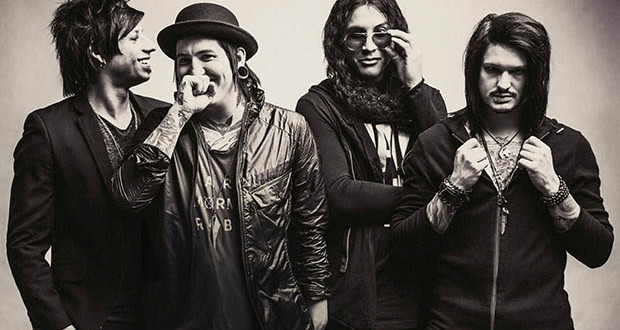 Hard-rock scene staples Escape The Fate and Nonpoint have announced the Hate Poison tour, a 21 date co-headline tour across the U.S. The tour will kick off November 10th in Denver, CO and will include special guests Get Scared, Failure Anthem, and Through Fire.

Escape The Fate has been keeping busy since the successful release of their fifth studio album, Hate Me, and show no signs of slowing down. The band will hit the road next month on a fall tour that takes them across the globe, starting in Mexico and playing in New Zealand, Australia and a show in Thailand before returning Stateside to join Nonpoint for their American dates.

TICKETS will be on sale starting Friday, August 12th at 10:00am EST at www.escapethefate.com/tour

Check out the latest music video from Escape The Fate, “Remember Every Scar” and then grab your copy of the critically acclaimed Hate Me today.Stream on Spotify here.