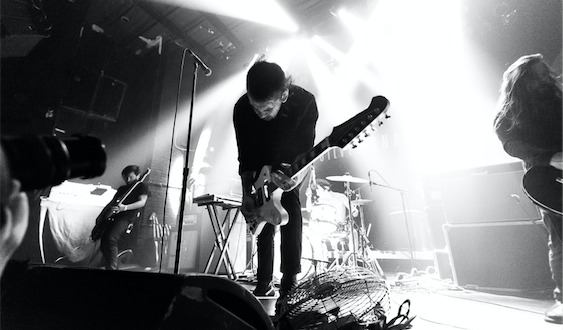 “”La Dominadora” is a song about power and consequence. It’s one of my favorite songs to perform live because of the tension that develops in such a short time. Sometimes it feels as though the room is in a trance by the end of it which is the ultimate goal of our live performance.” – Alex Estrada

Silver Snakes has quickly become one of rock’s most exciting, emerging bands of 2016. Over the last year the band has performed memorable shows at Rock On The Range, Chicago Open Air Festival, Northern Invasion and tours with the likes of Bring Me The Horizon, Coheed and Cambria and glassjaw among others. The band is currently wrapping up a tour in support of Saboteur with letlive., Seahaven and Night Verses and will head out with Korn and Breaking Benjamin in September. The band has also just announced some headline dates and one off shows with Nothing More. Dates are listed below.