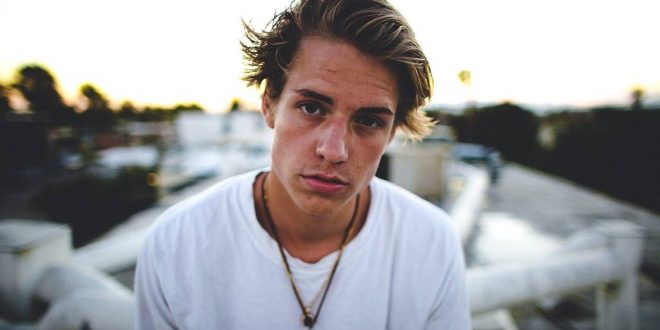 Hailing from Portland, 21-year-old American singer/songwriter Corey Harper premieres his debut track and video for “California Sun” on Rolling Stone today. The track showcases his raw, emotionally crafted tunes and soulful grit while providing a catchy, memorable chorus. PRESS HERE to watch (or see below). The track is also currently available on Spotify and iTunes today and will be available on his debut EP On The Run out this fall.

Born in Missouri, Corey began playing guitar at an early age when he came across a Fender Stratocaster at his uncle’s house in Kansas City. With help from his uncle and father, Corey learned simple chords and furthered his skills from watching videos of Fleetwood Mac, Stevie Ray Vaughan, and Eric Clapton, and copied what he heard on guitar.

Harper crafted his own sound from growing up around 60s/70s rock, contemporary pop and soul music and notes John Mayer, Ben Howard, Stevie Ray Vaughan, Bob Dylan, and B.B. King as major influences. It is these artists have shaped his guitar playing, voice, songwriting, and passion for music.

“For me it was important to take an old school approach, I wanted to avoid getting caught up in the stereotypical recording process and instead allow everything to come together naturally.” says Harper about recording the EP with his producer Andrew Wells.

Corey studied music and literature history classes in Eugene, Oregon shortly before dropping out to pursue his career in music in Los Angeles, California. Settling in Venice Beach – an epicenter for artists, surfers, and poets alike – Corey tapped into the inspiration around him to not only create his upcoming debut EP but also a collective called Winston House. In many ways, Winston House began as just a house. But over the past few years, talented people from all over the world have come through to hang out and create together. By creating and being an integral part of this community of dreamers and artists, Corey was able to hit the road with his music opening up for American soul musician Allen Stone as well as Justin Bieber. The latter asked Corey to open for him on the Purpose Tour’s Pacific Northwest dates after seeing him play at Winston House in Venice, CA.